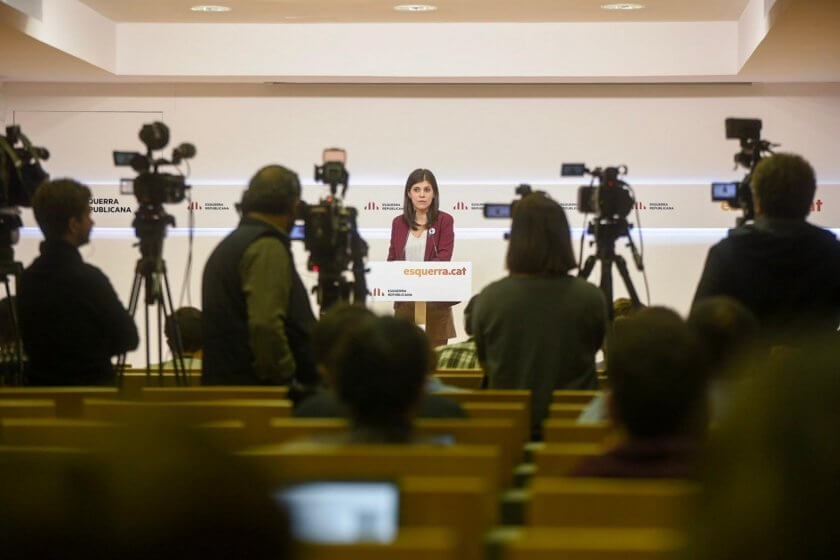 The Catalan pro-independence parties remain key to the possible investiture of Spain’s acting Socialist (PSOE) prime minister Pedro Sánchez in the role yet again, following on from the 10 November general election – and following on from his pre-agreement with Podemos leader Pablo Iglesias to form a coalition government.

The Esquerra Republicana (ERC) party held an internal vote with its members on Monday, asking them whether they would reject supporting Sánchez‘s bid to be voted in, unless talks between the Catalan and Spanish governments were previously agreed to be launched in order to resolve the political crisis in Catalonia through dialogue and negotiation.

ERC is understood to have started talks with the PSOE to discuss their support of Sánchez. Senior ERC official Pere Aragonès (also the current vice-president of the Catalan government) has already made the party’s conditions clear: (1) talks over the political crisis must be held between the Spanish and Catalan governments and not just between political parties; (2) the ability to propose anything to the talks without limits – ERC will propose an independence vote and amnesty for the nine jailed Catalan leaders; (3) a meeting between cabinets before the investiture vote on Sánchez; (4) the pro-independence groups have also proposed that whatever agreement the talks reach needs to be voted on by Catalans, and that a clear calendar set.

With the coalition already agreed with Podemos, the Socialists (PSOE) would have enough votes in the Spanish Congress with ERC’s support in order for them to stay in power. But at the same time, ERC is trying to find an agreed stance with the other two parties for a Catalan republic: Junts per Catalunya (JxCat) and the CUP.

JxCat also set some conditions on Monday in order to back the Spanish left-wing deal: talks between governments also with no limits, with the negotiations including an international mediator, and recognising as interlocutor their party’s leaders, the current Catalan president Quim Torra, and his predecessor, Carles Puigdemont, who is currently in exile in Belgium, awaiting an extradition hearing.

Far-left CUP sets the bar even higher, with a referendum on self-determination and amnesty for the jailed leaders as conditions.

The PSOE are open to engaging in talks with ERC but have so far has not released their views on the pro-independence conditions, except for their flat rejection of an independence referendum.

The Catalan Socialists (PSC), meanwhile, have proposed recognising Catalonia as a nation, and Spain as a plurinational state. The PSC head, Miquel Iceta, also said that the Catalan crisis will only be solved through ‘dialogue, negotiation, and an agreement with total respect for the current legal framework.’ Iceta has expressed ‘optimism’ in ending the deadlock in Spain with ERC’s support.

Members of the PSOE party have also given the go-ahead to a coalition government with Podemos with 92% of the votes, whilst the members of the latter are holding a similar vote ending on Tuesday. An overwhelming Yes is also expected, as their Catalan allies En Comú Podem did.