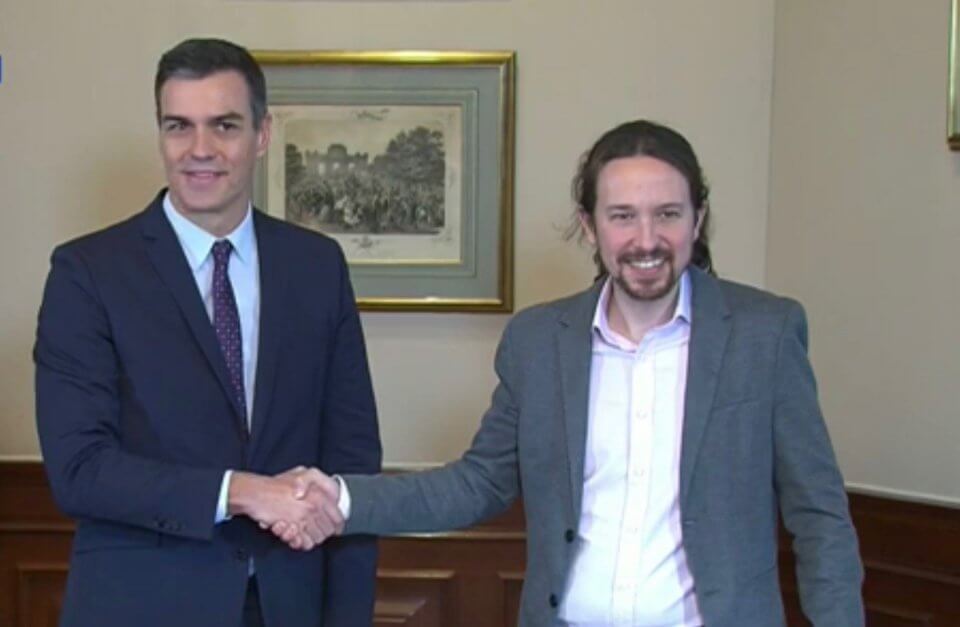 Spain’s acting prime minister Pedro Sánchez said on Wednesday that he is confident that a ‘full capacity’ government can be formed ‘in the next few weeks’, following on from the general election on 10 November, and his subsequent pre-agreement with Podemos leader Pablo Iglesias to form a coalition government.

For it to happen, however, Sánchez first needs to secure enough support in the Spanish Congress to back, or at least not oppose, him being invested as the new head of government. This will depend largely on the Catalan pro-independence parties, who between them have 23 seats in congress.

Thirteen of those seats belong to the Esquerra Republicana (ERC) party. Before it decides to offer its support to Sánchez, however, it intends to ask its membership on Monday where they stand on helping to invest the Socialist (PSOE) leader.

ERC has so far stood firm in its intention to vote ‘no’ to Sánchez, unless the acting prime minister agrees to have formal negotiations on Catalonia’s political future, with a set agenda and guarantees that any agreements reached will be carried out.

With eight congress seats, the pro-independence Junts per Catalunya (JxCat) party has also taken the same stance. There is to be a meeting to be held between JxCat and ERC next week to explore the possibility of adopting a common position.

As for the other Catalan pro-independence party, the far-left CUP, which won two seats in the Spanish Congress for the first time, it has said that it would also hold meetings this week with JxCat and ERC, as well as others, to tackle the issue of the upcoming investiture debate.

Yet CUP has called on ERC and JxCat to join them in a cross-party front to oppose investing Sánchez, and to call for an amnesty for the jailed independence leaders, sentenced to up to 13 years on 14 October by Spain’s Supreme Court.

Whether ERC can convince its membership, JxCat, and perhaps even CUP, to back its proposal for formal, mediated talks between Catalonia and Madrid as a precondition for voting for Sánchez remains to be seen.

Yet, the idea of formal talks is not new, as the Spanish government suspended similar negotiations in February, ruling out a vote on self-determination after opposition parties in the Spanish Congress accused it of giving in to the pro-independence parties.