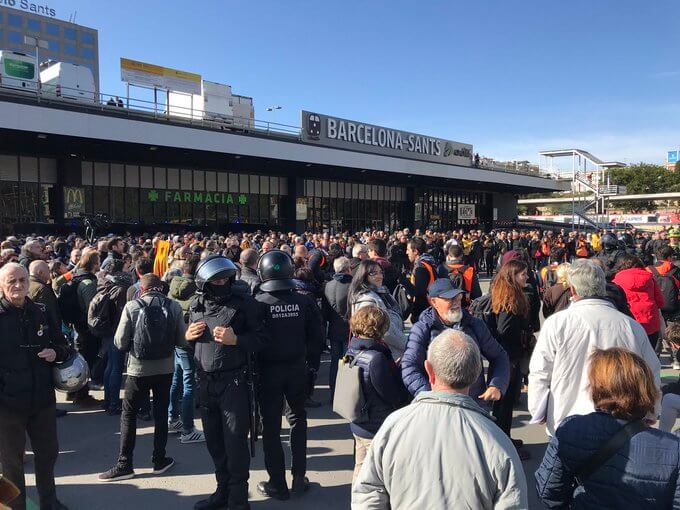 Catalan pro-independence activists, the Committees in Defence of the Republic (CDRs), called on protestors to block access to high-speed AVE trains at Barcelona’s Sants railway station on Saturday – but with mixed success.

Police had restricted entry to the station only to passengers with tickets, and the metro station was also closed to prevent the arrival of further demonstrators.

Only about 100 protestors managed to access the station concourse where they took part in a sit-down demonstration. They were quickly surrounded by police and soon afterwards forced outside the building, where the protests continue.

Earlier on Saturday, however, stations like Sant Andreu Comtal or Sant Andreu Arenal had a large police presence but relatively few protestors.

The protest on Saturday takes place the same week that the anonymous pro-independence Tsunami Democràtic group called on people to cut off the AP-7 highway at both sides of the French border.

Catalan President on trial for ‘disobedience’, facing ban from office