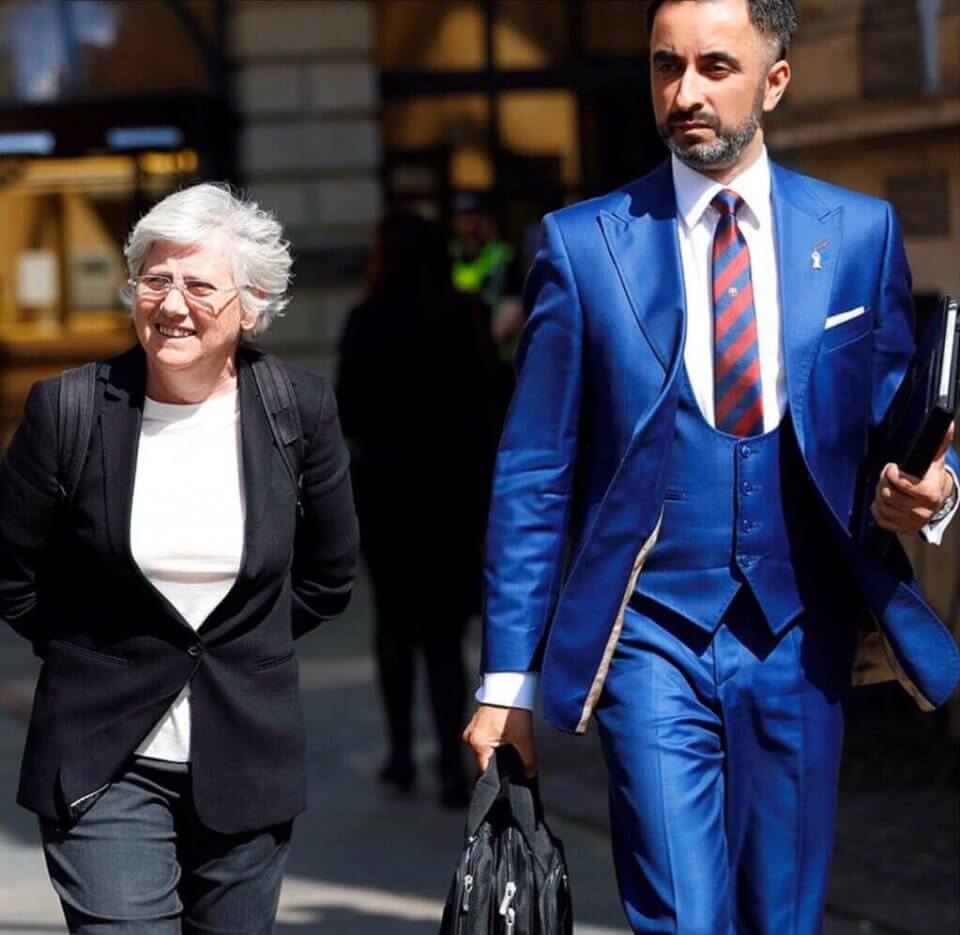 Confusion continues over details of Spain’s latest arrest warrant for the former Catalan education minister, Clara Ponsatí, who is living and working in Scotland.

The current warrant is the third attempt to extradite the former minister for her role in the 2017 Catalan independence bid, after she left for Belgium with former Catalan president Carles Puigdemont and other government members, before retaking her post as a professor at St Andrews University.

On Wednesday the SIRENE UK authorities refused to process the latest warrant, issuing a statement at 8.20am stating that the order was ‘disproportionate’ to UK law.

Informing the Spanish authorities that it would not detain Ponsatí on the basis of the warrant, the statement added that ‘the National Crime Agency can evaluate again the situation if it receives more information on this issue.’

However, they then issued a further statement on Wednesday evening, stating ‘it is not disproportionate, it is just lacking essential information. We apologise for this miscommunication.’

Following this rectification, Spain’s Foreign Secretary, Josep Borrell, immediately tweeted the revised statement from the UK authorities, stating that the ‘British police have corrected the use of the term “disproportionate”‘, adding that the ‘new communication simply clarifies that they are seeking further information’.

In the document tweeted by Borrell, the further information that the UK authorities are seeking includes: more ‘sufficient detail of the nature of the offence’, a full ‘description of the time and place at which the offence was committed’ and a ‘clear connection between the offence and named individual’. Borrell has since deleted his tweet.

Aamer Anwar, the lawyer representing Clara Ponsatí in Scotland tweeted that the ‘warrant is a shambolic mess’.

In a statement issued from his office earlier on Wednesday, Anwar also said ‘there appears to be glaring contradictions contained in a “rambling” warrant’, and added that ‘the warrant has now been returned to Spain seeking clarification.’

Anwar ended his statement with a warning to Spain’s acting prime minister Pedro Sánchez after he made comments about controlling the prosecutor’s extradition process: ‘Such statements makes a total mockery of the Spanish state’s claim to have the “separation of powers”.’

When pressed by Spain in English for clarification as to why the arrest warrant was initially described as ‘disproportionate’ and then later rectified, a British Embassy spokesperson would simply say the following: ‘Extradition under the European Arrest Warrant is a matter for the UK’s independent police, courts and prosecution services. It is longstanding government policy neither to confirm nor deny the existence of an extradition request until an arrest is made in relation to that request.’