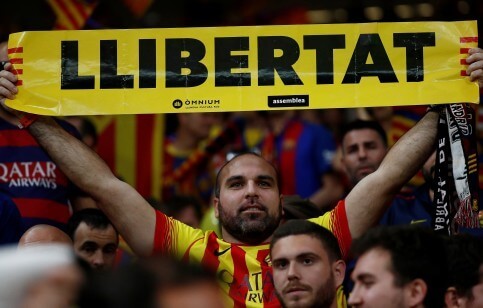 Reactions from all sectors of Catalan society have continued to pour in following the historic conviction of the Catalan independence leaders on Monday morning.

FC Barcelona issued a statement and condemned the verdict, stating that ‘prison is not the solution’, arguing that the sentence issued ‘does not help to resolve the conflict.’

The Catalan club expressed its ‘support and solidarity’ for the families of those deprived of their freedom.

Barça star Gerard Piqué quickly retweeted the club’s statement, adding that he is ‘proud to be a part of it.’

FC Barcelona announcement
"Prison is not the solution" pic.twitter.com/o0BWOaThgD

Fellow Catalan club Espanyol released a statement in which they reiterated their ‘respect for the judicial decisions,’ and although they refused to offer ‘personal or individual positions’ over the matter, they lamented ‘the suffering’ of the leaders and their families.

The Catalan Football Federation suspended all matches on Monday, in order to show solidarity with the leaders and their families. This did not include La Liga or the Spanish national team.

The General Workers’ Union (UGT) also condemned the verdict as ‘unfair and unjustifiable’, lamenting that it only ‘delays a political solution.’

‘The ruling means that once again rights and freedom of expression and protest are called into question, rights that we have fought for in our organisation,’ they said.

They have expressed their sadness over ex-adviser Dolors Bassa, who was the general secretary of the organisation in Girona between 2008 and 2015 and has been sentenced to 12 years in jail. ‘We will not stop working for your freedom,’ they said.

President of Barcelona’s Chamber of Commerce, Joan Canadell said that they ‘cannot remain indifferent’ over those convicted, who are “trying to fulfill the mandate of the people”.

Canadell has urged for a reopening of ‘the channels of effective dialogue to seek agreements and guarantees with the government of the state to find a way to release those currently detained.’