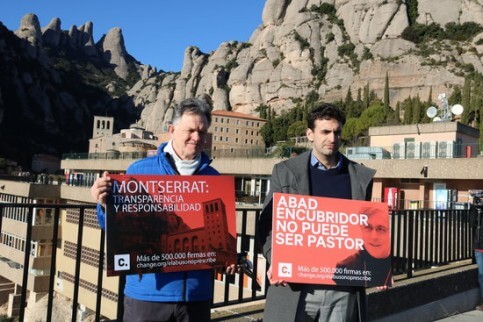 The Vatican has ordered the Jesuit Order to remove a priest from duty who was accused of sexually abusing two students at the Sant Ignasi high school in the Barcelona neighborhood of Sarrià, in the 1980s.

After the accusations emerged a year ago, the Society of Jesus opened an investigation and referred the results to the Congregation for the Doctrine of the Faith, which says that father Pere Sala, now 95, must not perform priestly duties or have contact with children.

Following the Vatican’s order, the Society of Jesus’ authorities said on Monday that they will impose a penal precept (a canonical injunction) preventing Sala from carrying out a series of activities, such as public events and duties, or contact with the media.

Sala will also be prohibited from having any contact with his victims or with any children. The priest will also be confined to the religious order’s premises and will not be able to leave without express permission from his superior.

The precept went into effect on Monday, and will be reviewed every three years. Should Sala break the injunction he could be expelled from the priesthood. Sala’s victims have been notified of the measures and the priest will have to demand their forgiveness in writing.

‘We profoundly regret the suffering that some colleagues have inflicted on people in their care. We reiterate our willingness to shed light on the past and possible cases of abuse committed in our centres,’ said the order in a statement.

The Jesuit investigation begun in 2018 remains open and anyone wishing to contact the order can do so via the email address: escoltar@fje.edu. The order is also in the process of expanding special committees in its schools to help possible victims.

The Sala affair follows a similar scandal in Catalonia’s Montserrat Monastery, which saw the institution’s father abbot, Josep Maria Soler, publicly apologize in September for the sexual abuse of minors that took place at the monastery.

The monastery’s investigation into allegations of sexual abuse by Andreu Soler, who was in charge of the religious scout movement for 40 years and who died in 2008, concluded that the monk had been a ‘sexual predator and pedophile’.

The investigation also found that another monk, Valentí Torra, who was in charge of the monastery’s boys’ choir, was behind two known instances of abuse between 1964 and 1968. Torra left the monastery in the 1980s with the committee saying he expressed remorse.

More Spanish police being moved to Catalonia ahead of trial verdict