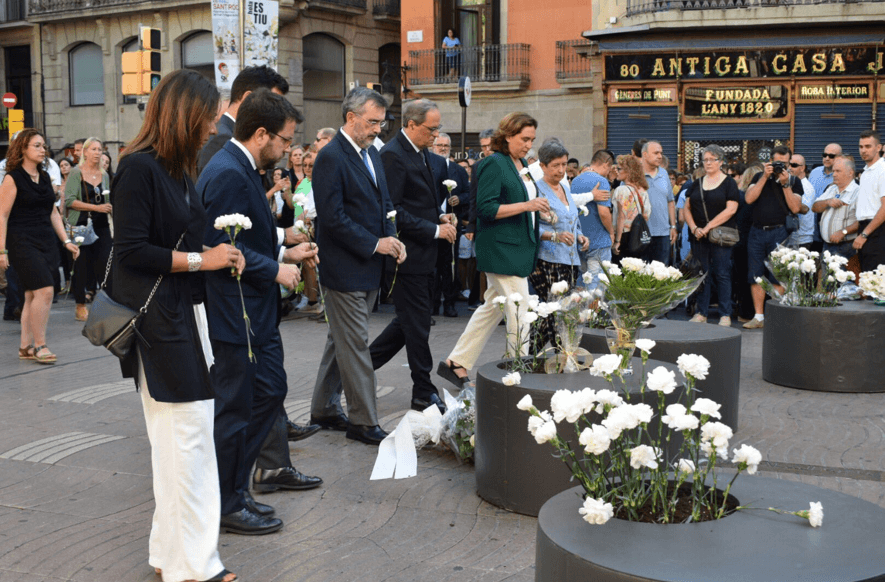 Barcelona is remembering the victims of the terror attack that saw a van run over pedestrians in La Rambla, the city’s most iconic boulevard, two years ago – 17 August 2017.

In all, 16 people died following the attacks in Barcelona and in the seaside town of Cambrils, which took place just a few hours after the initial van attack.

The second anniversary of the attack comes amid increased controversy over the ties between the Spanish intelligence services and Abdelbaki Es Satty, who allegedly recruited a group of young men from the town of Ripoll acting as a local imam, and then became the leader of the jihadist cell that carried out the attacks.

The Barcelona City Council recently passed a motion in favour of demanding the Spanish Congress set up a committee of inquiry into the terror attacks.

In recent weeks the online Público newspaper published reports claiming that Es Satty was a Spanish secret services informant who had been tracked along with other members of the terrorist cell up until right before the events. The same newspaper also asserted that Spanish intelligence helped Es Satty become an imam in Ripoll in exchange for avoiding deportation.

La Vanguardia newspaper then published a report claiming that Spain’s secret services were not aware of Es Satty’s movements before the 2017 attacks and that what transpired was pieced together by the Catalan police, the Mossos d’Esquadra, after they took place.

Yet Público newspaper said La Vanguardia’s report did not contradict what it has published because the secret service reports it used were entirely independent of the police investigation.