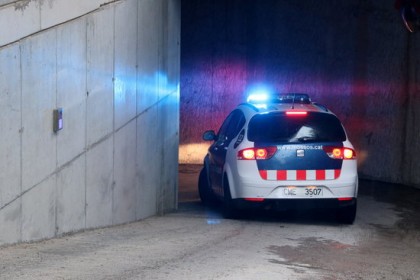 In what is the third homicide in eight days in Barcelona, a man was stabbed in the early hours of the morning in the Nou Barris district, north of the city.

A nearby witness called the emergency services having seen a man bleeding heavily in the street, but they were unable to get him to a hospital in time.

The perpetrator fled the scene but witnesses have allegedly provided a description to the Catalan police (the Mosso d’Esquadra), who remain on the lookout.

This is the third stabbing in just over a week, and follows the Deputy Mayor of the Barcelona Council’s Prevention and Security unit labelling the city’s situation as a ‘security crisis’.

Deputy Mayor Albert Batlle has spoken out in the wake of a 9% increase in crime. However, he has urged for calm, citing that within this, crime against people has actually seen a small decrease of 1.27%.

Batlle has praised the quality of the city’s security, which he ranks alongside that of Paris, London and Rome.

He stresses that the city has the ‘power and strength’ to be able to combat this problem, assuring that the citizens may take confidence from the fact that in almost all cases, the perpetrator is arrested or identified.

In a radio interview, Catalan police force director Andreu Joan Martínez has warned that there have already been three more homicides this summer than in the summer of 2018. He asserts that this, along with the increase in robberies, contributes to a ‘greater feeling of insecurity in the city’.