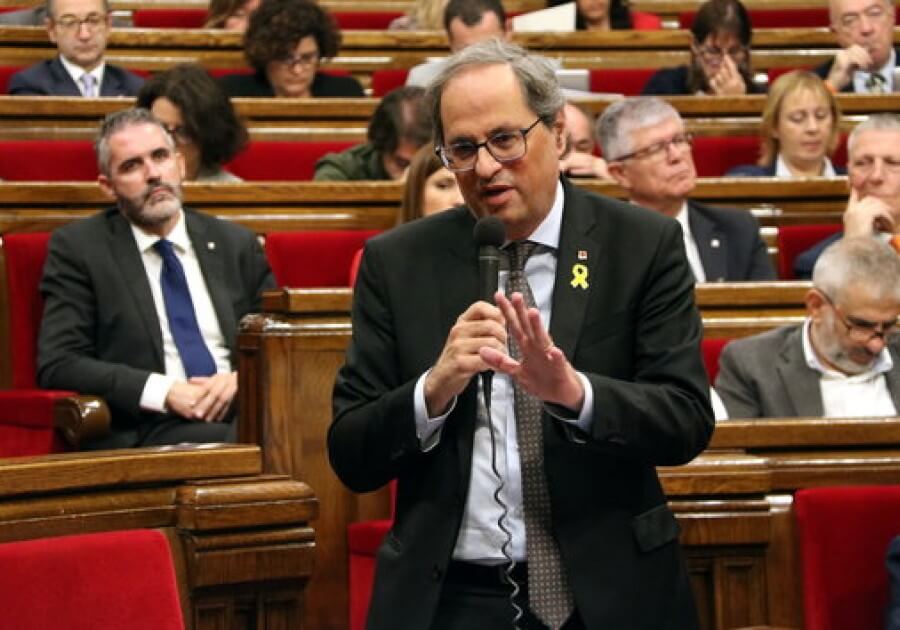 Catalan President Quim Torra has said that he won’t pay the €8,500 fine imposed on him by the Spanish Electoral Authority (JEC).

Torra was given three separate fines for not withdrawing the yellow bows from official buildings during the electoral period, for a speech he gave on Saint George’s Day (Diada de Sant Jordi), and for his letter addressed to officials on the same date.

The head of the Catalan government made the announcement on Monday, referring to the Electoral Authority as a ‘censoring and repressive’ organisation, and said that the decision was made in defence of ‘freedom of expression’.

‘Whenever freedom of expression is punished, we will exercise it again,’ he added. Sources close to the president have specified that the government will appeal the three fines.