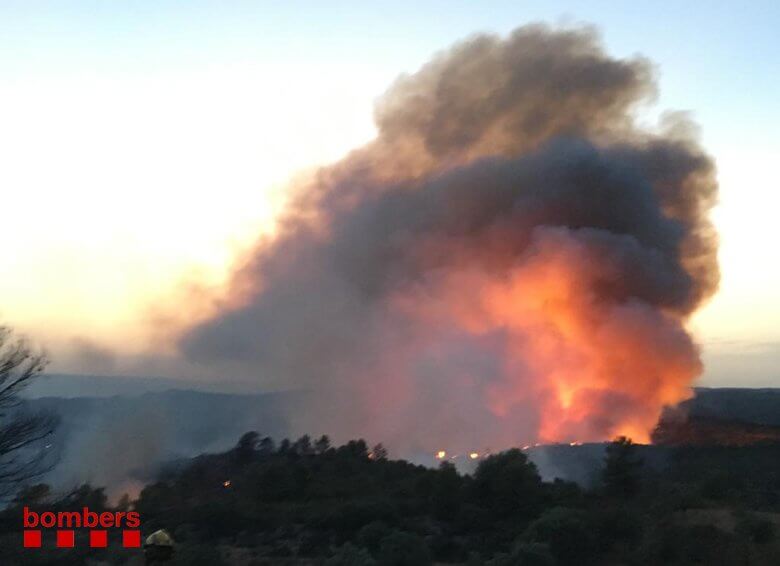 Hundreds of firefighters are continuing to battle a wildfire in southern Catalonia amid fears it could turn into the worst blaze to hit the region for more than two decades.

The fire currently remains uncontrolled and firefighters have already ruled out controlling it today.

Emergency services, including the Catalan police force, Red Cross and Spanish army, worked through the night to try and tame the fire, which has already burned through 5,500 hectares of land around the Tarragona region since Wednesday afternoon.

According to Miquel Àngel Garcia, head of forest rangers in Ribera d’Ebre, the fire could have been initially caused by a manure heap.

High winds added to high temperatures in the Europe-wide heatwave, with highs of 40 degrees Celsius forecast in Catalonia over the coming days, and ensured the fire spread quickly, forcing the evacuation of 53 people and closure of several roads.

Particular concern surrounds the right flank of the fire, as the steep landscape prevents easy access, and a total of 20,000 hectares are considered at risk.

Catalan President Quim Torra is monitoring the operation at the command centre in Vinebre, close to where the fire started, alongside the Catalan interior minister Miquel Buch.