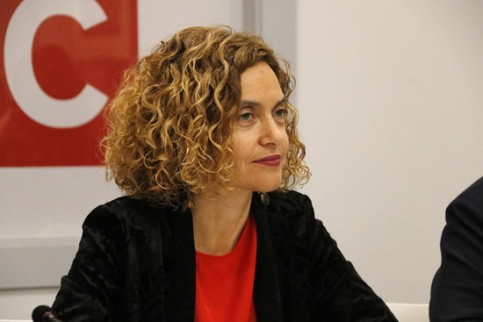 Meritxell Batet, currently the Socialist government minister responsible for relations with the autonomous communities, who has sent out mixed messages over the years regarding an independence referendum, has been nominated as speaker of the Spanish Congress.

Meanwhile, Manuel Cruz, a philosophy professor and former universities spokesperson, who has been outspoken against independence, has been put forward for the less legally significant but highly symbolic role of Spanish Senate speaker.

Cruz is a close friend of Miquel Iceta, leader of the Catalan Socialists (PSC) party, who was the first choice for the role before pro-independence parties vetoed his appointment to Spain’s senate, accusing the governing Socialists (PSOE) of tokenism.

Responding to the news, Iceta said that ‘sometimes good things can arise from bad things’ and emphasised that it showed Sánchez’s ‘commitment to dialogue, coexistence and reform’.

Neither of the new nominees will need the go-ahead from the Catalan Parliament to take up office, since they were both elected to their respective chambers at the April general election, which the Socialists won without securing an overall minority.

Acting Prime Minister Sánchez has vowed that the new parliament would be centred on ‘consensus’ and solving the Catalan crisis ‘within the framework of the Spanish Constitution’.