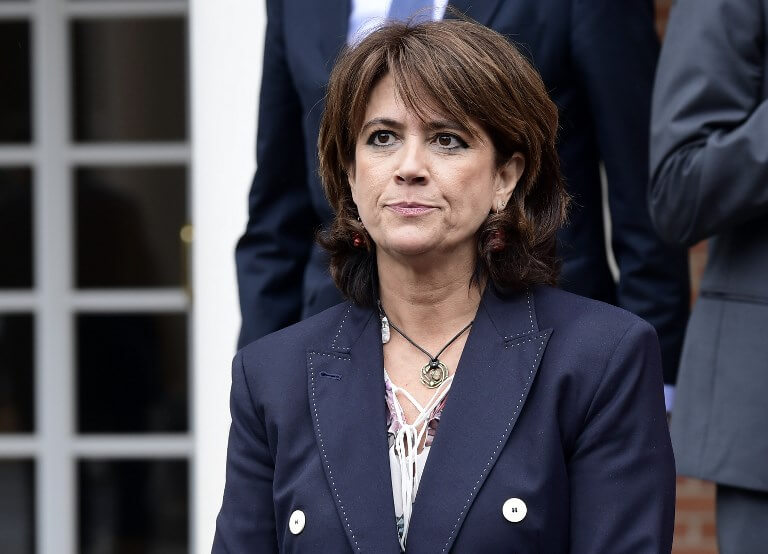 Spanish Justice Minister Dolores Delgado walked away in protest from a service commemorating the liberation of Mauthausen concentration camp in Austria on Sunday, after one of her Catalan counterparts described jailed pro-independence leaders as ‘political prisoners’.

Delgado, a former public prosecutor, briefly left the stage at the camp, after Gemma Domènech, the director of the ‘Democratic Memory’ project in the Catalan justice ministry, used the term in reference to ousted Catalan foreign minister Raül Romeva, whom she praised for taking part in the ceremony two years ago.

In her speech, Domènech noted that of the 730 days since the unveiling of a plaque honouring the victims of the Mauthausen camp, Romeva – accused of rebellion and sedition in relation to the independence drive – has spent more than half in prison.

‘As you know, seven [former] members of the Catalan government and two leaders from civil society, along with seven Catalan politicians who are in exile [in Belgium], are also living in the deplorable conditions of political prisoners,’ she said.

Delgado later criticised Domènech’s remarks as an ‘exclusionary statement’ which ‘contravenes the spirit that was forged’ at Mauthausen.

‘For Spain, it’s very important to defend these fundamental values and to strengthen democracy. Spain includes everyone within Spain, whether they are from Andalusia, Catalonia, Extremadura, Valencia, Aragon, or other communities …’ she added.

Sources at the Catalan justice ministry accused the Spanish minister of lacking the ‘capacity and willingness to listen to others’.

They defended the speech, which they defined as a call for tolerance ‘in a broad sense of the word’ and ‘an informed exchange of points of view’.