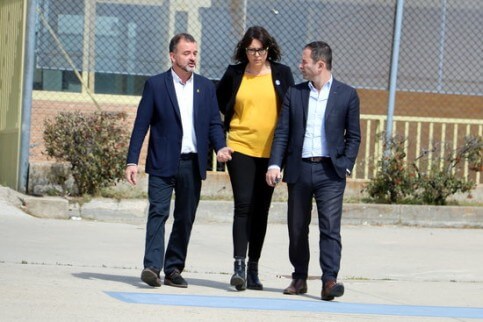 Whilst Hamon said he did not consider himself as campaigning for independence by making the trip across the Pyrenees, he compared the state of Spanish democracy to that of Hungary and Poland, as well as France, where he believes there is a democratic deficit.

The candidate for the upcoming European Parliament elections, who now heads his own centre-left splinter party in France, wanted his visit to be regarded not as a pronouncement on whether Catalonia should be independent, but as a criticism of democracy in Europe.

‘The question is not whether I am for or against Catalan independence but rather, as a European citizen, whether European democracy is in good health,’ Hamon explained.

Hamon emphasized that the dispute should be resolved in a way which ‘respects the Spanish constitution’, although he did not think this ought to be done through the courts.

‘The solution must absolutely be democratic, by way of dialogue,’ he said.