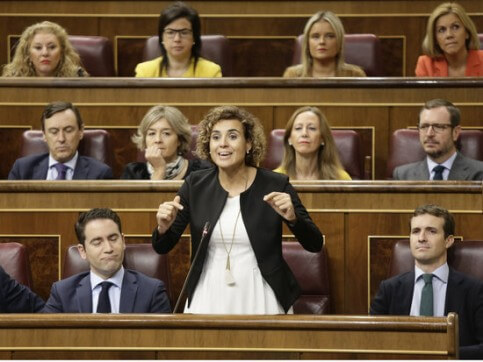 PP head Pablo Casado announced Montserrat’s candidacy on Monday. He stressed that the former Spanish minister will work to counter ‘fake news’ from Catalan pro-independence parties in the European Parliament.

‘We’ve seen how pro-independence parties chose [jailed former vice president] Junqueras and [exiled former president] Puigdemont as their candidates, and how the Socialists chose [Josep] Borrell, who failed to respond to the independence bid as [Spain’s foreign] minister,’ said Casado. ‘It’s fundamental for PP to make clear what’s the stance of Spaniards regarding this madness.’

Montserrat served as Spain’s health minister during the presidency of Mariano Rajoy, which came to an abrupt end when pro-independence parties backed a no-confidence vote by the Socialist leader Pedro Sánchez last June.

The only Catalan minister during Rajoy’s rule, Montserrat will run along some of her former colleagues in the European election on 26 May, such as Rajoy’s foreign affairs minister José Manuel García Margalo and interior minister Juan Ignacio Zoido.