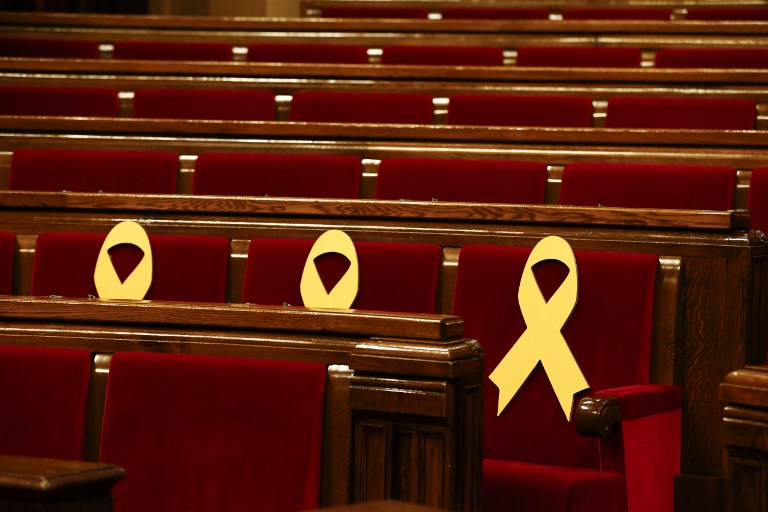 Following a complaint by unionist Ciudadanos (Cs) party, the electoral authority ruled that the Catalan independence flags (known as ‘estelada’) and yellow ribbons (in support of jailed pro-independence leaders) are partisan symbols.

As Catalonia faces three elections between April and May, ‘esteladas’ and yellow ribbons will be banned in public buildings as they should remain ‘politically neutral’.

‘They both are symbols which can be legitimately used by parties in their electoral campaign, but they can’t be used by public institutions, which should remain politically neutral,’ ruled the authority.