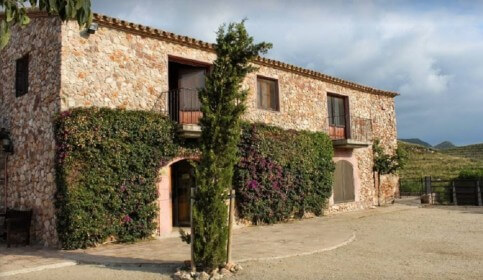 A group of young people wearing hoods twice stormed a centre for unaccompanied immigrant children on the outskirts of Castelldefels, a town 25km south of Barcelona, at the weekend.

The assailants broke into the building, causing significant damage, and tried to attack the minors and their care workers by throwing stones. The first incident happened on Saturday night.

The care workers managed to protect the children but one of them had to be taken to hospitaland two other adults were treated for bruises.

The situation is reported to have worsened on Sunday when a group of 60 people, including some of those who took part in the previous attack, broke into the centre for a second time and again started throwing stones at the young residents.

The Catalan minister for labour, social affairs and families, Chakir el Homrani, condemned the incident as having ‘no place in our society’.

El Homrani confirmed that the Catalan government would appear as a private prosecutor in the court case and file a complaint to the public prosecutor on the grounds of hate crime.

The shelter in question, in the Cal Ganxo municipal centre, has 35 places for supervised minors.

In a separate case last Tuesday, a man armed with a machete entered another reception centre for immigrant children located in Canet de Mar, on the other side of Barcelona.

There were no injuries and police arrested the attacker for threating violence.

The number of unaccompanied young migrants in Catalonia tripled in 2018, with around 2,000 children arriving in the second half of last year.

The government has described the influx as an exceptional situation and began opening emergency reception centres in February.

In a press conference on Monday lunchtime, the government said that the ‘racist’ attack would not change the timeline of their treatment.

48 hours to remove ‘esteladas’ and yellow ribbons from public buildings