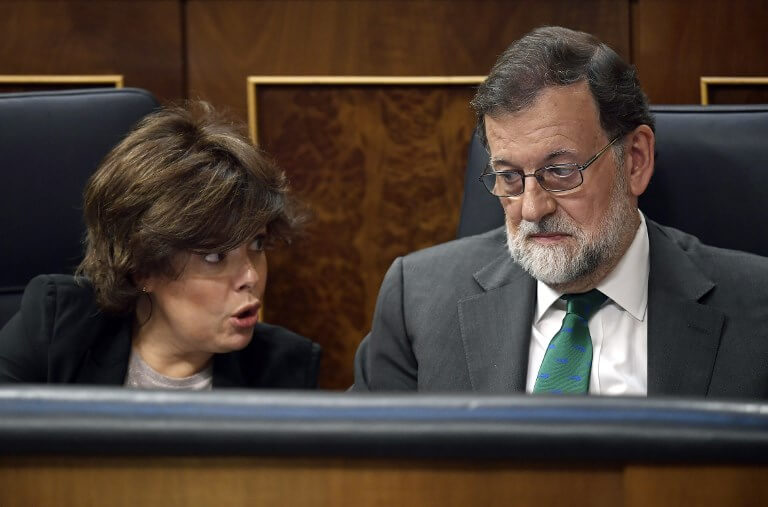 Leading political figures will be taking the stand during the third week of the Catalan independence trial, which resumes on Tuesday 26 February.

The politicians have been summoned by Spain’s Supreme Court as witnesses, and include Mariano Rajoy, the former Spanish prime minister during the peak of the Catalan crisis in 2017.

He is due to face questions from the defence and the prosecution on Wednesday afternoon.

Rajoy’s former deputy, Soraya Sáenz de Santamaría, will also testify on Wednesday morning. She was in charge of the Spanish government’s regional policy during the height of the conflict.

The former Spanish finance minister, Cristóbal Montoro, will be among the other witnesses, and will declare immediately after Sáenz de Santamaría.

Montoro famously told the press that ‘no public money was spent on the referendum,’ after his department closely controlled Catalonia’s finances in 2017.

This, if true, would contradict the allegation of misuse of public funds that all the former Catalan government members face.

The former Spanish home affairs minister, Juan Ignacio Zoido, has been summoned to testify on Thursday afternoon. He was the person in charge of Spain’s law enforcement during the violent crackdown of the vote by Spanish police on 1 October 2017.

Before the witness testimonies start, however, the last two defendants left to testify will take the stand on Tuesday at 9:30am: Jordi Cuixart, activist and president of Omnium Cultural, the major grassroots civic organisation, and the former parliament speaker, Carme Forcadell.

They will bring to an end the testimonies of all 12 defendants on trial.

Cuixart and Forcadell are expected to testify on Tuesday, with some 20 witnesses summoned to speak on Wednesday and Thursday.

Two full days might not be enough for all of them – for example, the schedule is allowing for Rajoy to speak for only 30 minutes, although he is face eight defence lawyers, the public prosecutor, the solicitor general and the far-right Vox party, which is a private prosecutor.

If more time is required, an extraordinary session is expected to take place on Friday morning.