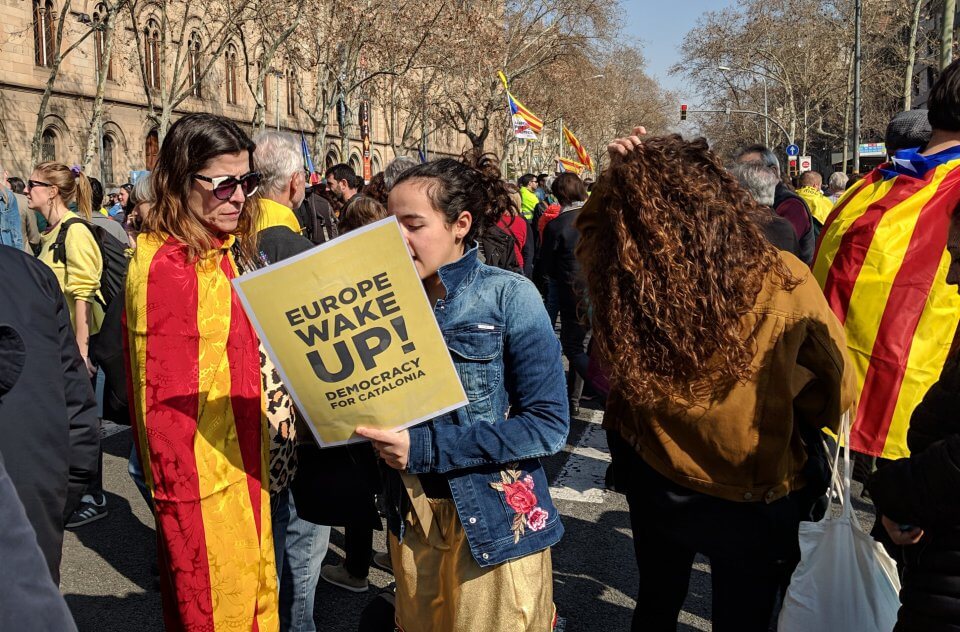 Many on-going disruptions that started early this morning are part of a general strike called for Thursday in Catalonia.

Activists blocked roads in Catalonia before daybreak at the start of a region-wide strike against the trial of independence leaders for their role in a failed secession attempt in 2017.

Traffic authorities in the northeastern region said they had cut off around 20 roads, including the A7 highway that links Spain to France, the A2 between Madrid and Barcelona and the main entry points to the Mediterranean city.

Dozens of other roads were cut across Catalonia, including the main AP-7 highway, as well as other key roads in the morning peak hour: C-60 and C-58 among others.

In Barcelona, some streets were occupied, as well as Caixabank headquarters in Girona. The access to the port of Tarragona was also blocked by protesters.

Activists also blocked train traffic by occupying the tracks on two railway lines, according to the company that manages Spain’s rail network.

The one-day strike has been called by Intersindical CSC, a small pro-independence union, to protest against the Catalan trial that opened last week at Madrid’s Supreme Court.

The union has the support of pro-independence parties and associations, but not of the other bigger unions.

The Catalan employers’ association, meanwhile, has denounced the work stoppage as politically-motivated.

The Catalan government has expressed solidarity with the strike and cancelled all official events planned for Thursday.

During the protests in Barcelona this morning, a demonstrator was arrested for punching a police officer.

Later in the morning, the Catalan police charged at protesters blocking the AP-7 highway in Medinyà, in northern Catalonia, while some fifteen roads were still cut at around 10.30am.

Meanwhile in Girona, close to Medinyà, some 300 protesters blockaded the main entrance to the city, with some moments of tension between them and some workers of department stores.

According to the Catalan road traffic authority, the mobility in Barcelona’s metro area fell by 11.4% in comparison with a normal Thursday.

The world of Egyptian pharaohs arrives in Girona