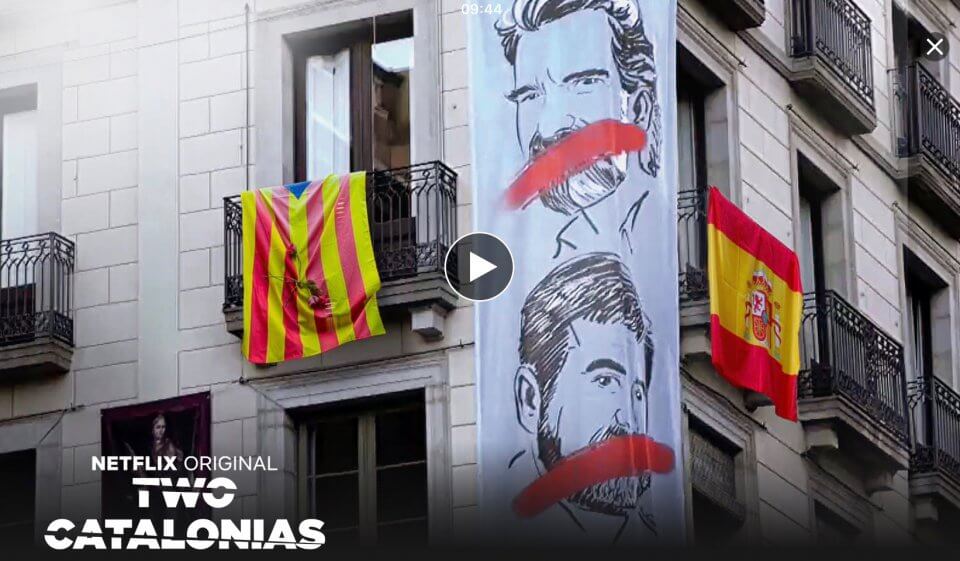 The directors of Netflix documentary Two Catalonias have returned a German award because the involvement of Catalonia’s former president Carles Puigdemont in the ceremony had ‘politicised’ the ‘neutral’ spirit of their work.

Alvaro Longoria, who made the film about the crisis sparked by Catalonia’s failed 2017 independence bid along with Gerardo Olivares, picked up the Cinema for Peace Foundation award from Puigdemont’s hands in Berlin on Monday night.

As well as handing out the prize for ‘cinema for peace and justice’, Puigdemont delivered a speech against a trial which has begun in Madrid of 12 Catalan independence leaders over the secession bid.

‘We returned the prize this morning. It became a political rally which we did not want to take part in,’ Longoria told the AFP news agency by telephone from Berlin.

‘We felt it did not represent the spirit of the documentary, which is neutral, and that it failed our professional ethics. We do not want to be a tool of information manipulation,’ he added.

Longoria said he only decided to attend the ceremony after organisers promised the event would not be ‘politicised’ and that Puigdemont would only hand out the award.

Olivares, the documentary’s other director, declined to attend the ceremony after he learnt Puigdemont would be present.

Puigdemont, who left Spain days after Catalonia’s failed independence declaration on 27 October 2017, is not among the 12 defendants in the dock over the secession bid. Spain does not try suspects in absentia for major offences.