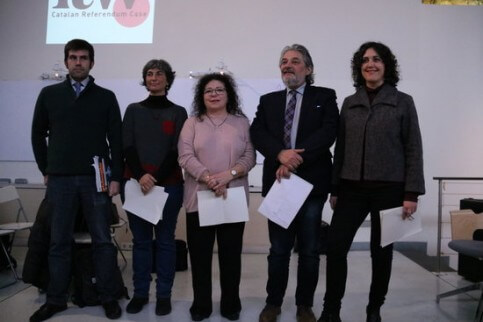 Spain’s Supreme Court has yet to respond to the request for places in the courtroom, but Spain’s public prosecutor, María José Segarra, has already insisted that there is no need for international observers at the trial as it will be ‘televised live’.

‘A trial taking place within Spain’s judiciary is absolutely respectful towards the guarantees of everyone and offers a live broadcast … It’s hard to offer more transparency than that,’ she added.

ITW’s representative, Robert Sabata, pointed out in the press conference that the organisations have never championed the right to self-determination, and that their presence will guarantee the trial’s ‘democratic hygiene’.

‘Great care must be taken when human rights are at play because political degradation can happen very quickly,’ he said.

The platform also pointed out that during the pre-trial phase it had detected elements that could call the trial’s integrity into question, such as continuous leaks of pertinent information before the defense teams knew about its content.

According to the initiative’s coordinator, Alejandro Gámez, the trial is ‘one step in the civil conflict’ and it is ‘fundamental’ that there be international observers present.