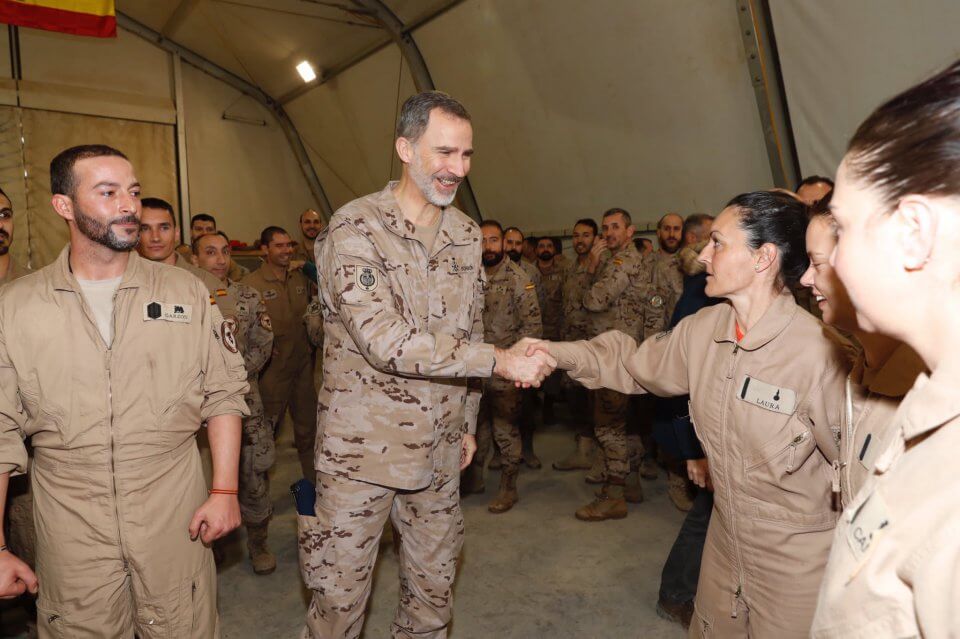 Spain’s King Felipe VI has arrived in Iraq for the first visit there by a Spanish monarch in four decades.

The king, whose country is part of an international coalition battling the Islamic State group, visited Spanish special forces and was set to hold talks later in the day with President Barham Saleh.

Iraq in 2017 declared victory over IS following a bruising months-long campaign backed by the coalition, which continues to carry out operations against the jihadists.

Spain, which took part in the US-led 2003 invasion of Iraq that overthrew dictator Saddam Hussein, went on to support Iraqi troops as they battled to roll back IS, which seized a third of the country including second city Mosul in 2014.

Hundreds of Spanish military instructors remain in the country.

King Felipe is one of a series of leaders to visit Baghdad since the start of the year, including US President Donald Trump, who drew criticism for failing to meet a single Iraqi official.

Baghdad has also hosted the chief diplomats of its two main allies, Washington and Tehran – themselves bitter enemies.

That has prompted pro-Iran factions to intensify their calls for an accelerated withdrawal of US troops from Iraq.