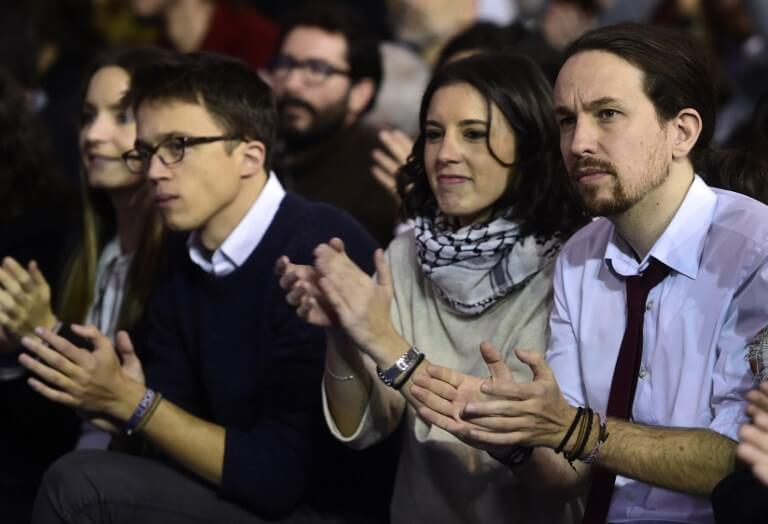 Long hailed as a beacon of success for the far-left after erupting in Spain five years ago, the Podemos party is now on the verge of a split that analysts say could hurt the ruling Socialists (PSOE).

Once inseparable, the two young political scientists who co-founded the party in 2014 – Pablo Iglesias and Íñigo Errejón – have gradually grown apart over what strategy to take, and matters came to a head on Thursday.

Errejón, Podemos’s high-profile candidate for Madrid in upcoming regional elections, announced that rather than run solo, he was joining a left-wing platform led by the Spanish capital’s mayor Manuela Carmena.

Carmena will be candidate for the mayorship in municipal elections on 26 May and Errejón will run for the Madrid region in regional polls on the same day.

He hopes this alliance will attract more votes.

Errejón’s controversial move comes after Podemos suffered a drubbing in December regional elections in Andalusia, a traditional left-wing stronghold where the far-right have made inroads and are now backing a new conservative administration.

That poor showing prompted him to unite with Carmena, who is popular in Madrid.

‘This is an initiative that extends a hand to many more people,’ he told Spanish radio.

Short of calling his move a betrayal, Iglesias accused Errejón and Carmena of working behind his back.

‘I wish Iñigo luck in building his new party with Manuela,’ he wrote on his Facebook page.

All eyes are now on whether he will ditch Errejón altogether and propose another Podemos candidate.

Either way, the party comes out weakened.

In-fighting has left the party born in 2014 out of anger over austerity politics fighting for air as it crashes down from its dizzying victory in 2016 elections.

In those general polls – its first – it won 67 parliamentary seats along with other left-wing associates.

Tensions are also running high with some of its regional or local left-wing partners with whom it has stood for election in the past.

That worked well at first, with coalitions that included Podemos taking over major cities like Barcelona.

But cracks are starting to emerge.

Caroline Gray, lecturer in Spanish politics at Britain’s Aston University, says ‘the party has been suffering from its lack of a cohesive strategy’.

‘There have been levels of infighting between Podemos and those other affiliates over the way to go forward,’ says Gray.

Some regional affiliates, she adds, would rather Podemos left them to run alone and work with them once they’re elected.

‘But that then creates problems for Podemos because if they haven’t got a strong base at local or regional level, are people going to vote for them in state-wide elections?’

All this is coming to a head before the May elections and could potentially affect the ruling Socialist party too, Roman says.

If more and more of Podemos’s partners decide to go it alone in regional elections, that would add on one more left-wing candidate to those already standing for the Socialists and Podemos.

‘That will scatter the votes,’ says Roman.

Not necessarily, counters Astrid Barrio, politics professor at the University of Valencia.

‘Faced with the division of the left and Podemos failing to meet expectations, the Socialists could recover some of the votes they lost (to Podemos) in the last electoral period.’

And for political analyst Pablo Simon, the left might actually come out winning in Madrid if they join forces post-election.

‘Paradoxically, with more on the menu, more left-wing voters could turn out as each will have their own option and will know that if they all come together, they will govern,’ he says.