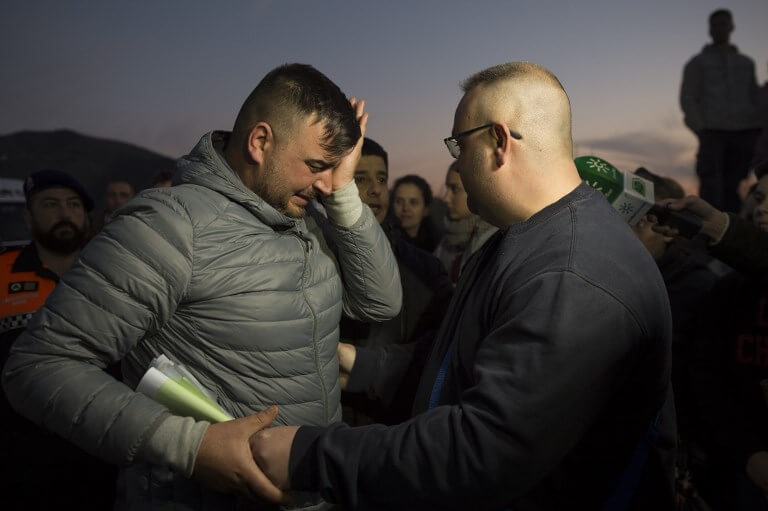 The six-day search for a toddler who fell down a well in Spain ran into more setbacks on Friday, with engineers warning they still needed days to reach him.

Julen Rosello, who is two, fell down a very narrow shaft more than 100 metres deep on Sunday while playing as his parents had lunch nearby in the southern town of Totalan near Malaga, family members said.

Since then, there has been no sign he is still alive but rescue work has continued day and night in a major operation that has gripped Spain.

Rescuers for now are unable to get to where they believe the child is because the well is blocked by layer of earth, sand and stones believed to have been dragged down by Julen when he fell.

They had been preparing to start digging a shaft vertical to the well, which has a diametre of just 25 centimetres, and were hoping to start drilling on Friday.

But drilling was delayed due to problems found in the land during preparatory work.

Engineer Angel Garcia Vidal told reporters his team had run up against ‘a solid bit of rock, a very hard outcrop of slate, which is slowing down our work’.

But he said the plan was to begin digging the tunnel on Friday night with workers and machinery, including two drilling rigs, already prepared.

‘You can be confident we will reach Julen,’ he said. ‘All the techniques we will use are contingent on guaranteeing Julen’s safety.’

Once drilling begins, he said it could take 15 hours ‘in favourable conditions’ to complete.

When it reaches a depth of 80 metres, which is roughly where Julen is believed to be trapped in the parallel well, a team of mining rescuers will connect both shafts.

Asked whether this would happen before Monday, Garcia Vidal said he hoped so.

Another tunnel being drilled at a diagonal to try and get to Julen has also run into problems.

Garcia Vidal said Thursday that under normal circumstances, this type of excavation work would take ‘months’.

The well was illegal, as is often the case in sun-parched southern Spain, and was not marked.

The story of Daniel and the lion’s den comes to mind. A story about courage and shows how big our God is. I was urged to share that. I pray many prayers for this boy to stay safe and comforted as he is rescued. That he will have a story to share for all those who doubt. God bless this little boy and his family. Keep them safe and together.