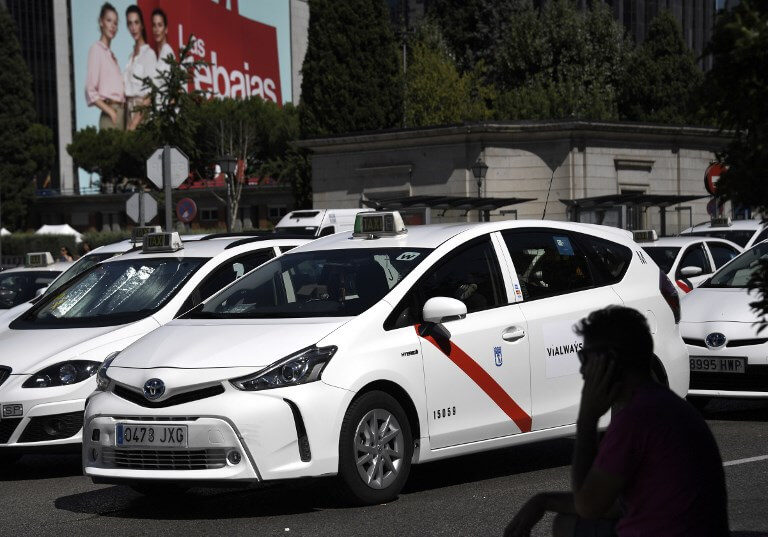 Taxis in Madrid are to go on an indefinite strike Monday against online ride-hailing services like Uber just two days before the Fitur International Tourism Fair kicks off in the Spanish capital.

‘We don’t want to hurt our clients but we don’t have any other choice. We’re already half dead,’ said Guillermo Marquina, spokesman for Elite Taxi Madrid, one of Spain’s taxi federations, who confirmed the work stoppage would start on 21 January.

Taxis say VTCs (Tourism Vehicles with Chauffeur) like Uber or Cabify are threatening their livelihoods and want Madrid’s regional government or city hall to regulate them better.

Unauto, the grouping that represents VTCs, was not immediately available for comment.

It was only called off when the Spanish government agreed to let regional authorities regulate the sector.

As such, taxis in Madrid are hoping to put pressure on their regional government on the very week when Fitur, one of the world’s largest tourism fairs, opens on 23 January.