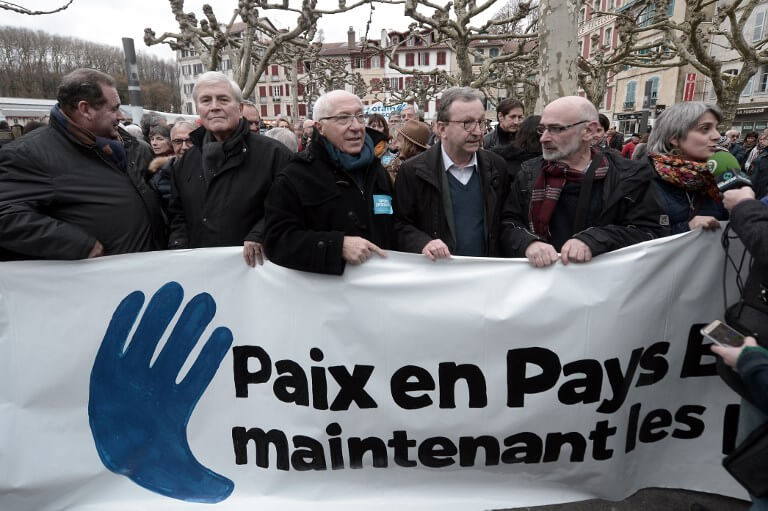 Tens of thousands of people demonstrated in the Basque Country on Saturday demanding that prisoners linked to the former armed separatist group ETA be transferred to jails closer to the northern Spanish region.

In the city of Bilbao, protest organisers said some 76,000 people rallied along the streets calling for prisoners to be moved nearer to home and for an amnesty.

Spanish government policy has been to keep most ETA prisoners in jails hundreds of kilometres away from the region, which has made it difficult for relatives to visit.

A second protest of around 9,000 protesters took place in Bayonne, in French Basque Country, calling for the prisoners to be moved.

But Spanish conservatives and some relatives of ETA’s victims fiercely resist this, arguing prisoners should first repudiate the group – which few have done – before they can be allowed closer.

ETA killed more than 800 people and wounded thousands more over four decades of conflict in an attempt to establish an independent Basque state.

Currently, 265 people are in prison over their links to ETA, 46 of whom are in France and one in Portugal, says Urtzi Errazkin of Etxerat, an association of prisoner families.

A large majority of ETA prisoners are also kept under the strictest ‘first degree’ jail regime which only allows them out in the yard for three to four hours a day and bans them from getting leave.

Since Sánchez’s announcement, 19 have been or are in the process of being transferred closer to home, a spokeswoman for Spain’s prison authority told the AFP news agency.

But only two have been sent to the Basque Country after repudiating ETA.