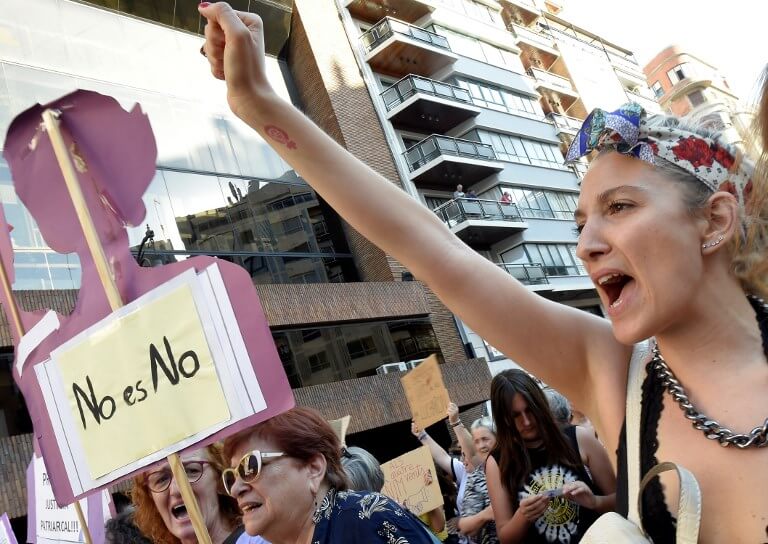 All four suspects are from Ecuador, the civil guard in the eastern city of Alicante said.

They were picked up on New Years Day after the 19-year-old woman was found partially clothed in a basement in the village of Callosa d’En Sarrià.

She was drunk and unable to say where she lived, according to police, adding the quartet had spent the evening with her.

Police said one suspect, aged 22, had a record for sexual assault and had been the subject of a complaint by another woman in October.

Spanish media said the four men filmed the assault of the 19-year-old, and drew parallels with the 2016 Pamplona ‘wolf pack’ case that sparked a storm last year when five men were convicted of sexually abusing, rather than raping, a teenager.

Their nine-year jail terms caused outrage across Spain after the five bragged on WhatsApp of having raped their victim.

The case sparked massive demonstrations in what became Spain’s equivalent of the #MeToo campaign, with victims lambasting a ‘patriarchal’ judiciary derided as too tolerant of widespread sexual violence.

The new Socialist government said in July, shortly after taking office, it will undertake penal reform to introduce the notion of explicit consent for sex, emulating a Swedish model whereby the absence of consent constitutes rape even without a threat of violence.