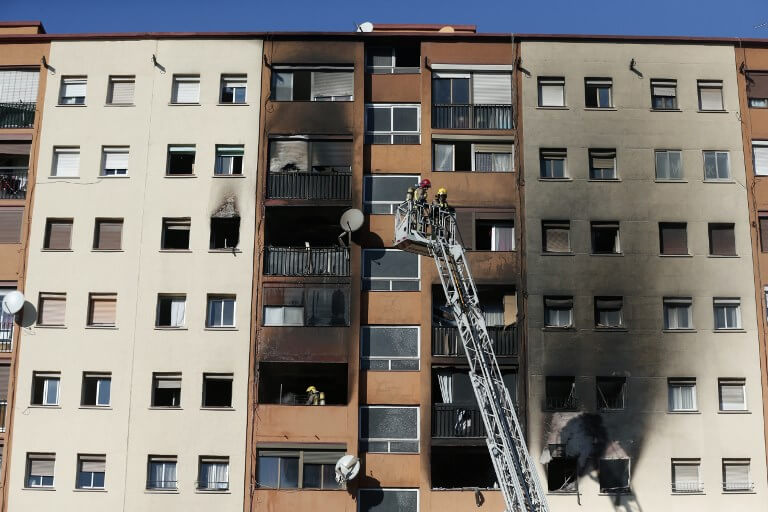 Four people died on Saturday and a baby girl in a critical condition was among those injured, in two separate tower block fires in northeastern Spain, firefighters said.

The first blaze started on Saturday morning in a 10-storey block of flats in Badalona, about 10 kilometres northeast of Barcelona, said firefighters in Catalonia.

Three people died, including a 92-year-old woman and two other people not yet identified, the Catalan government said.

Among those injured were a baby girl, who is in a critical condition, and two adults. They were in serious condition, the fire service said on its Twitter feed.

Both adults jumped from windows to escape the blaze, the government said.

In a separate fire 18 kilometres away in La Llagosta, one person died in a fire in a block of flats, firefighters said.