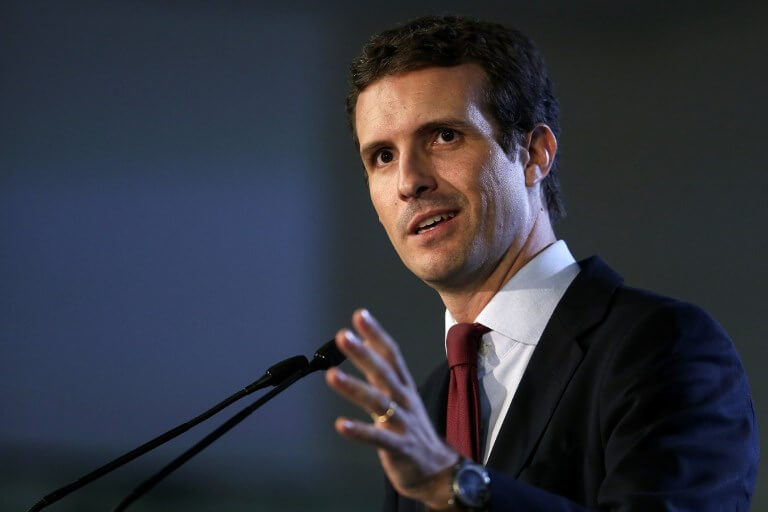 The two main opposition parties in Spain, the People’s Party (PP) and Ciudadanos (Cs), insist Catalonia must be stripped of its self-government again.

Both parties harshly criticised Catalan president Quim Torra’s New Year speech, which they saw as a call to continue with a ‘separatist coup’.

In his speech, Torra asked Spain to engage in a ‘credible, honest and bold’ dialogue. He also urged Catalans to unite to defend civil, social and political rights and to suppress ‘oppression walls’.

The leader of Cs in Catalonia, Inés Arrimadas, accused Quim Torra of being a ‘public danger’ while PP Catalan leader Alejandro Fernández said he leads ‘a sect’.

‘Torra is asking for a rebellion and promotes violence to achieve secession,’ he tweeted. ‘This new threat cannot be left unanswered. What is Pedro Sánchez waiting for to put the house in order and protect Spain’s unity? Article 155 now,’ he added.

Meanwhile, the Socialist (PSOE) Spanish government said Torra’s speech was a ‘monologue’ that only appealed to part of the society.

Sources in La Moncloa said the Spanish Constitution has the ability to solve ‘the real problems of the Catalans’ and insisted on ‘dialogue within the law’.

The leader of the Socialists (PSC) in Catalonia, Miquel Iceta, said the speech ‘wasn’t useful’ to achieve an ‘agreed solution’ to the political conflict between Catalonia and Spain.

Other parties, such as far-left pro-independence CUP, criticised the speech for the opposite reason, for still insisting on dialogue with Spain.

The parliamentary group Catalunya En Comú-Podem (CatECP), not aligned on independence, reacted positively to the speech, and offered their ‘influence’ in Spain to reach agreements in Madrid.