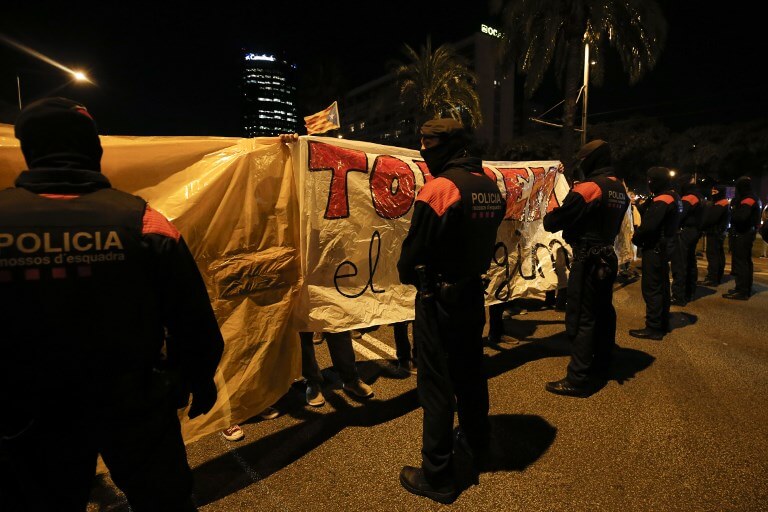 Catalan pro-independence groups blocked roads in the region on Friday to protest a planned cabinet meeting in Barcelona chaired by a Spanish Prime Minister Pedro Sánchez.

The weekly cabinet meeting usually takes place in Madrid but Sánchez’s six-month-old Socialist (PSOE) government decided to hold it in the Catalan capital on Friday as part of its efforts to reduce tensions in Catalonia, which last year made a failed attempt to break away from Spain.

Sánchez and the president of the Catalan government, Quim Torra, have expressed commitment to an ‘effective dialogue’ to try to resolve the dispute over the wealthy region’s status within Spain, after the two men held talks in Barcelona on Thursday night.

The government will use the cabinet meeting which will get underway to approve a 22% increase in the minimum wage, a pay hike for public workers and announce investments in infrastructure projects in Catalonia, which is home to some 7.5 million people and has its own language.

But the timing of the meeting – a year to the day after Madrid held snap elections in the region after blocking its move for independence – has been called ‘a provocation’ by pro-independence leaders.

A radical group, the Committees for the Defence of the Republic (CDRs), blocked a dozen main roads, including a motorway leading up to the border with France and another to Madrid, from around dawn on Friday, regional transport authorities said.

ALSO READ: Sanchez to meet Torra as protests gear up

The CDRs has vowed to try to stop the cabinet meeting from going ahead by circling the building where it will be held.

The group has blocked highways and railways in the past, and tried to enter the Catalan regional parliament by force.

‘We will be ungovernable on December 21,’ the group has repeatedly tweeted.

CDR activists cut roads at around 6am such as the main highway in the country, the AP-7, in l’Ampolla, sourthern Catalonia.

Some other roads were also cut, including both Barcelona’s ring roads, Ronda de Dalt (B-20) and Ronda Litoral (B-10), among others.

In several road protests, demonstrators burned tyres and in the C-58 road they cut a tree to prevent cars from travelling.

Grassroots organisation the Catalan National Assembly (ANC), which has previously staged massive pro-independence street demonstrations in Barcelona, has urged supporters to block the streets of Barcelona on Friday with their vehicles.

About 20 pro-independence groups, including the ANC, called on their supporters to march through the streets of Barcelona at 6pm.

Amid fears of violence on the part of radical separatists, the Spanish government has sent police reinforcements to Barcelona and Catalan leaders have repeated their call for peaceful protests.