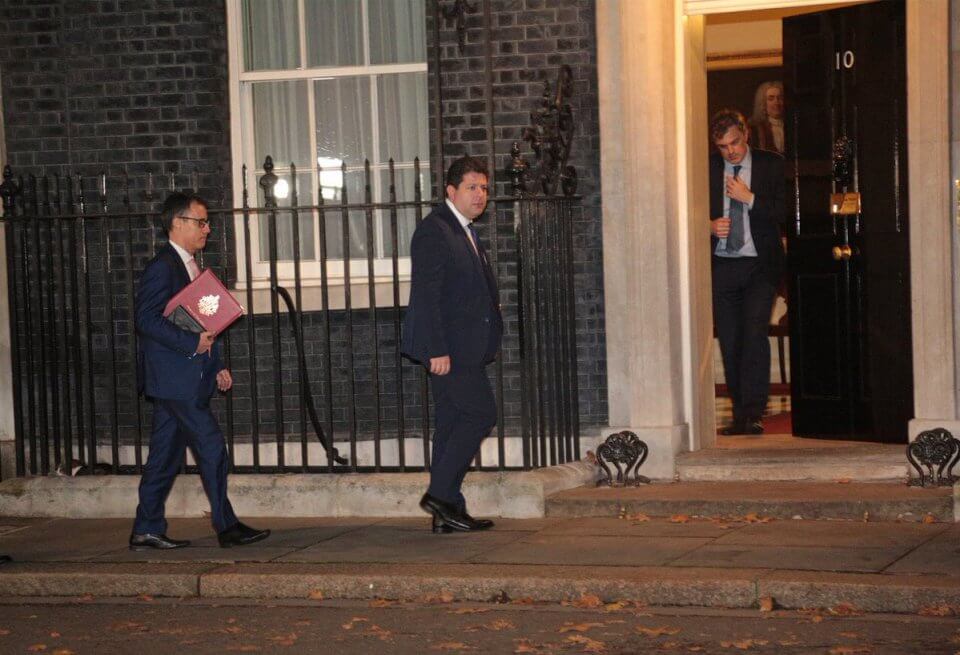 Gibraltar’s Chief Minister Fabian Picardo on Thursday accused Spain of brandishing a ‘whip’ with its threat to derail a draft Brexit deal over the British overseas territory that Madrid lays claim to.

With the hours counting down to Sunday’s summit to sign an accord on overseeing Britain’s departure from the European Union, Spain has threatened to bring matters to a halt and veto the deal.

Spain is concerned that the withdrawal deal does not explicitly state that Madrid has a veto on future relations between the EU and Gibraltar after Brexit.

‘Spain does not need a veto to get us to a table,’ Fabian Picardo told the local parliament.

He said the eurozone’s fourth largest economy ‘does not need a whip to get the smallest economy in Europe to sit around the table with it and have a meaningful discussion about cooperation’.

Spain, however, wants to negotiate directly with London on any Gibraltar matters once Britain leaves the EU.

It sees this as its right given its long-standing claim on Gibraltar, a rocky outcrop on Spain’s southern tip that was ceded to the British crown in 1713.

That demand had initially been agreed upon.

A clause stipulated that after the United Kingdom left the EU, any agreement between the bloc and the UK could only apply to Gibraltar if it had previously been negotiated between Spain and Britain on a bilateral basis.

That gave Spain an effective veto.

But that clause has disappeared from the final draft withdrawal agreement.