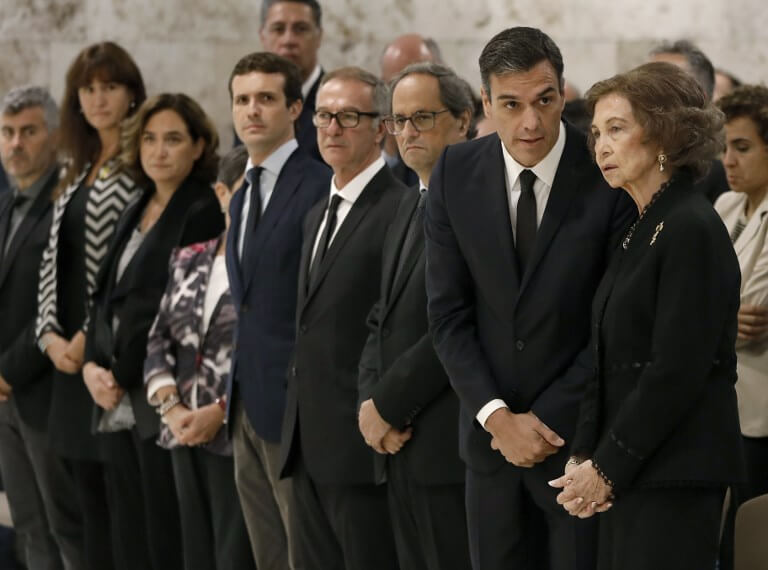 Spain’s world-famous opera singer Montserrat Caballé was laid to rest on Monday at a funeral in Barcelona where tenor Jose Carreras hailed her as ‘the greatest soprano of the 20th century’. Caballé’s own voice was played to honour her. Schubert’s ‘Ave Maria’, Händel’s ‘Lascia ch’io pianga’, ‘O mio babbino caro’, Giacomo Puccini’s work, and ‘La Vergina Degli Angeli’, by Giuseppe Verdi, were the pieces that could be heard during her austere funeral.

Hailed as one of the greatest singers for her vocal virtuosity and dramatic powers, Caballé charmed audiences for half a century with a huge repertoire that saw her perform across the globe.

Nicknamed ‘la superba’ in her native Spain, she was propelled into the mainstream when her duet with Freddie Mercury, a boundary-busting combination of opera and rock, became the anthem for the 1992 Olympic Games in Barcelona.

‘For me, Montserrat was the greatest soprano in the 20th century,’ Carreras told reporters. ‘The only person who could get close was Maria Callas.’

Greek composer Vangelis, with whom Caballé collaborated, sent a wreath with the message: ‘For the one and only Montserrat Caballé’.

Born in April 1933 to a humble Barcelona family, Caballé was buried next to her parents in the city’s Sant Andreu cemetery in a northern working-class district.

While some more events to tribute Caballé in the coming weeks are expected, over the weekend many people also went to the Liceu opera house, in Barcelona, where she performed over 200 times, to sign a tribute book in her honor.