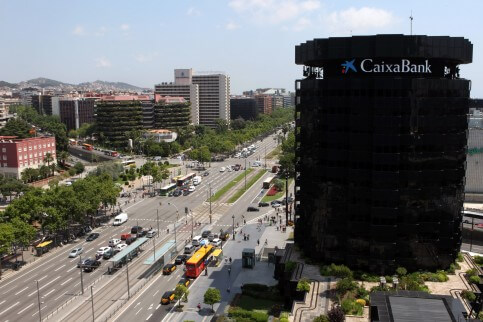 One of the biggest fears surrounding the push for independence in Catalonia is how it might affect business. One consequence of last year’s political instability on business was the decision by many companies to relocate their corporate headquarters outside Catalonia.

Following the unilateral referendum on 1 October, a domino effect could be discerned among many companies in Catalonia, with estimates a year later suggesting that altogether over 4,000 firms eventually moved their bases out of the country.

Yet, a series of reports by the Ara newspaper published over the weekend show the Spanish authorities and even the Spanish monarchy were involved in pressuring firms to move away, including the state withdrawing huge amounts of public capital from two of Catalonia’s main banks.

Just a day after the referendum, some 10 billion euros in capital deposited by public companies and authorities were withdrawn from CaixaBank and Banc Sabadell, in an orchestrated political attempt to punish the Catalan economy, maintains the newspaper.

According to Ara, one businessman says that ‘Renfe, Adif, State Ports, RTVE, and others,withdrew 2 billion euros from Sabadell in a single day.’ Another source is reported as saying, ‘the state agencies were the first to withdraw the money, and that created a snowball effect’.

The immediate result was that in the week following the referendum, CaixaBank‘s assets lost 8% of their value, while Sabadell‘s went down by 12%.

Ara also says that before the referendum the Spanish authorities hinted that the capital would be withdrawn. Then Spanish treasury minister, Luis de Guindos, asked bankers: ‘Have you moved your HQs? Not to worry.’ and soon after the capital was redeposited with the banks.

However, the Ara reports also point out that most of the companies that followed the banks’ lead in deciding to relocate their corporate bases elsewhere were small or medium-sized businesses. In fact, of the 100 firms in the country with the highest turnover, only 20 left.

Ara also shows that very few foreign firms based in Catalonia chose to leave. ‘Foreign companies are aware that abandoning Catalonia comes with a cost, because they know that leaving means the loss of many opportunities that are not easy to reproduce elsewhere,’ the newspaper quotes economics professor at Catalonia’s Open University, Josep Lladós.