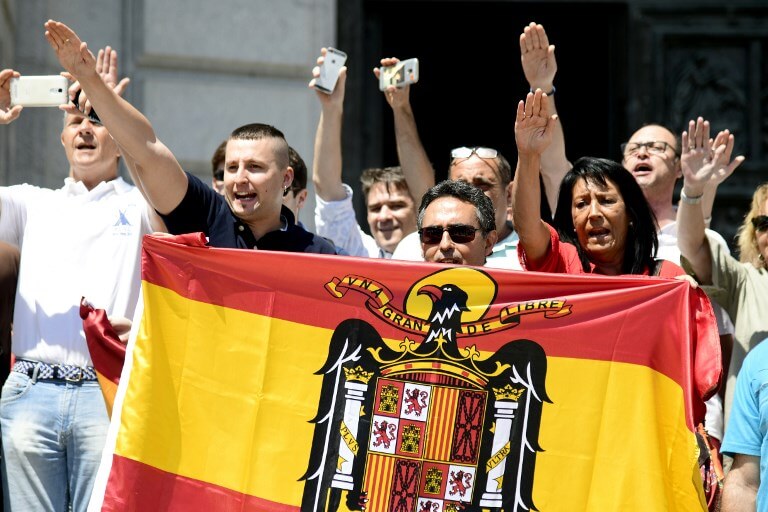 Spain’s Prime Minister Pedro Sánchez has ruled out transforming dictator Francisco Franco‘s controversial mausoleum into a place of reconciliation, going against suggestions by an expert commission and his own party.

The thorny issue of what to do with the giant monument near Madrid once Franco’s remains are exhumed – as wanted by the Socialist (PSOE) government – divides the country and Pedro Sánchez’s announcement on Tuesday in Bolivia raised eyebrows.

Sánchez said he wanted the so-called Valley of the Fallen to be ‘a civilian cemetery for the remains of the victims of the civil war and Franco regime who are buried there’.

Franco, whose Nationalist forces defeated the Republicans in the 1936-39 war, ordered the building of the giant basilica in 1940, calling it an attempt at ‘reconciliation’ for all Spaniards.

An estimated 20,000 political prisoners were forced to participate in its construction.

When it was finished in 1959, the basilica was filled with the remains of some 37,000 dead from both sides of the war, which was triggered by Franco’s rebellion against an elected Republican government.

The families of the Republicans were never told about their transfer to the site, and some relatives want the remains taken out of a site they see as an apology to Franco.

The monument should be a place for memory, according to Emilio Silva, president of the Association for the Recovery of Historical Memory, which seeks justice for victims of the war and subsequent dictatorship.

He said this should include ‘an exhibition that tells its story, who the workers were who were forced to build it, why they were chosen, which companies benefited from slave work’.

He added that all Franco symbols should also be taken away from the site, nestled in a tranquil forest of pine trees.

An expert commission set up by Spain’s previous Socialist government had come to the same conclusions.

In a proposal for the reform of the mausoleum, Sanchez’s Socialist party had also called for the site to be turned into a ‘national memory centre’ for reconciliation in Spain.

Sánchez: defence of judge is a ‘state matter’