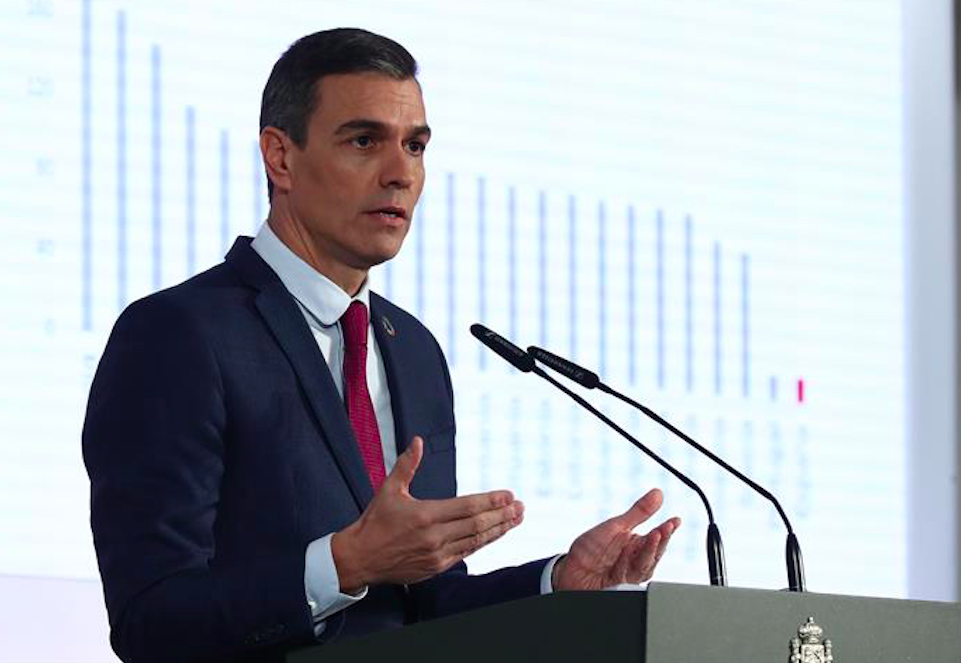 Spanish Prime Minister Pedro Sánchez announced on Tuesday a further €10 billion package of measures to counter inflation in 2023, bringing total such aid to €45 billion since early 2022.

Like other European countries, Spain faces a surging cost-of-living crisis exacerbated by the impact of the war in Ukraine on energy prices.

The package includes a one-off bonus of €200 for about 4.2 million households with annual incomes up to €27,000, zero VAT (IVA) on essential food supplies, such as bread and milk, and the extension of tax cuts for energy bills into the first half of next year, Sánchez said. There will also be an extension to the free rail scheme.

The government said it would also cut VAT on cooking oil and pasta from 10% to 5%. Fish and meat products were excluded from the tax reductions.

Sánchez said the aim was ‘to protect the middle and working classes given the rise in the cost of living, energy and food’.

He said the aid provided so far had helped Spain register strong economic growth this year, which he put at over 5%, above the Bank of Spain’s latest projection of 4.6%.

During the package of measures announced, the prime minister also said that motorists will no longer receive the state subsidy of 20 euro cents for every litre of fuel in 2023, with only a few exceptions.

The only drivers that will be able to continue claiming the fuel discount in 2023 are truck drivers, as well as those working in the agricultural, fishing and livestock sectors.

The fuel discount measure was only initially expected to last for two months, but the government decided to extend it throughout 2022 as Spain’s cost-of-living crisis continued.