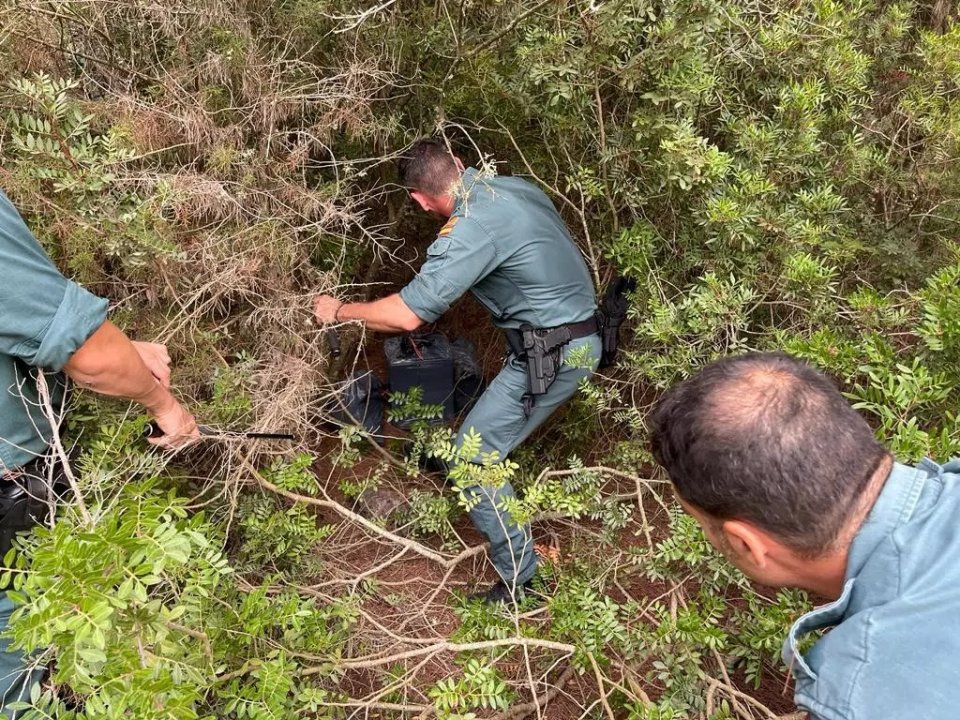 32 suspects linked to the Italian ‘Ndrangheta mafia have been arrested in Spain for their alleged involvement in large-scale drug trafficking and money laundering.

The ‘Ndrangheta is a prominent Italian mafia-style organised crime syndicate based in the peninsular and mountainous region of Calabria, in southern Italy.

The operation took place on two different days last week on the island of Ibiza. The 32 arrests were enabled by the deployment of some 500 law enforcement officers on the ground, including special intervention teams, canine units, helicopters and drones. Those arrested included Italians, Albanians and Hungarians.

This operation resulted in 40 house searches in Ibiza, Barcelona, Malaga and Tenerife, the dismantlement of an indoor cannabis plantation of some 600 plants, and the seizure of around €300,000 in cash, 18 kg of amphetamine, 4.5 kg of cocaine, as well as firearms and ammunition.

The sting follows a complex investigation initiated by Spain’s Guardia Civil, who worked on the case with the Italian Carabinieri and Financial Corps (Guardia di Finanza), with the support of Europol and Eurojust.

The investigation uncovered the existence in the Balearic Islands of an organised crime group linked to the ‘Ndrangheta syndicate. The criminal gang is believed to have played an active role in cocaine and cannabis trafficking between Spain and Italy, using vehicles equipped with hidden compartments and speedboats to transport the drugs.

The members of this criminal organisation would routinely use violence, including torture, Europol said in a statement, to further their criminal goals. Some of those arrested are linked to a number of murders in Italy. The investigation also uncovered the illegal possession of firearms by some members of the gang. The criminal profits were reinvested into real estate in Spain to hide their illegal origin, polluting the legal economy.

🚨 32 arrests in series of actions against the Italian mafia in Spain.

👮 The sting follows a complex operation by 🇪🇸 @guardiacivil, together with 🇮🇹 @_Carabinieri_ & @GDF, with the support of Europol & @Eurojust.