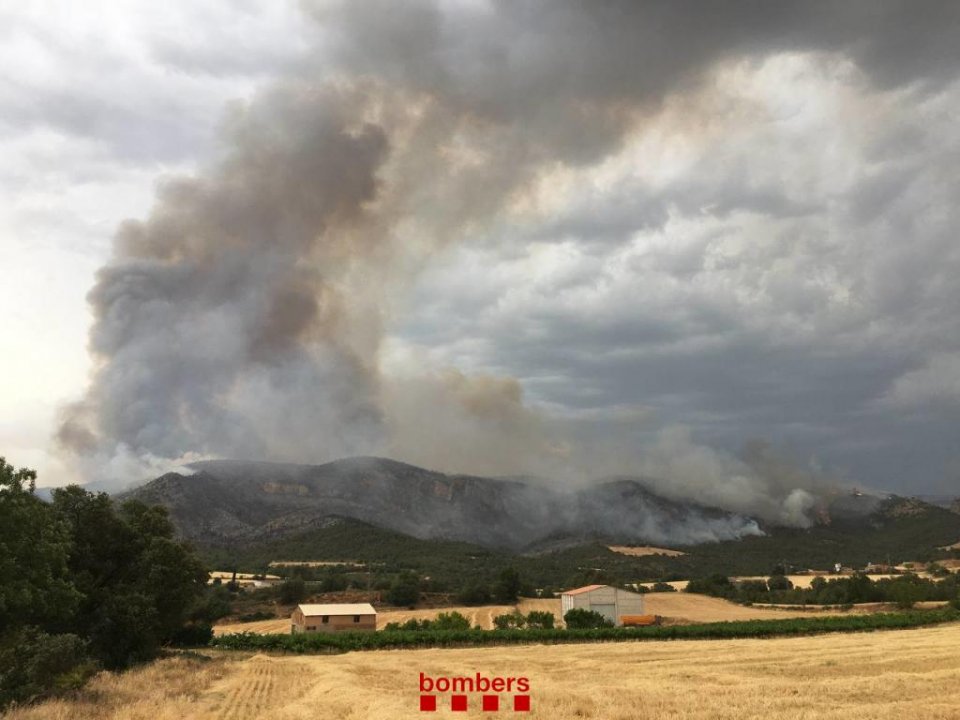 Spain, which has already seen its hottest month of May since the beginning of this century, continued with a heatwave on Thursday with temperatures forecast as high as 43C and no relief expected before Sunday, the AEMET weather service said. It is the hottest pre-summer heatwave in Spain for at least 20 years.

At least three wildfires have erupted in Catalonia, including one near Baldomar, around 140 kilometres northeast of Barcelona, that has already burned 500 hectares but could grow to 20,000 hectares before it is contained, the Catalan government has said.

No evacuations have yet been ordered but people are being urged to remain in their homes, and the Catalan authorities have cordoned off several residential areas as a precaution.

In the Lleida province, where Baldomar is located, temperatures reached 41C on Thursday. Two other wildfires were raging in Lleida and Tarragona provinces, and had destroyed nearly 300 hectares, the authorities said.

‘None of these fires are under control or stabilised,’ Joan Delort, the head of Catalonia’s Firefighters (Bombers), said, adding that the Baldomar fire, in particular, was unlikely to be fully extinguished on Thursday or Friday.

Another fire was burning in the Sierra de la Culebra mountains in Zamora, central Spain.

Heatwaves have become more prevalent due to climate change, scientists say. As global temperatures rise over time, heatwaves are predicted to become more frequent and intense, and their impacts more widespread.