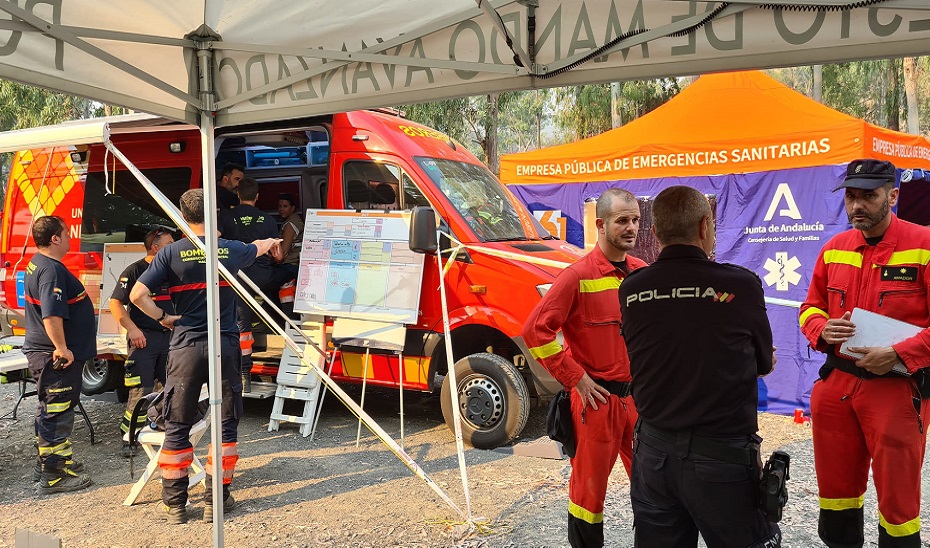 A huge wildfire in the Sierra Bermeja, in the province of Málaga (Andalusia), has forced the evacuation of around 3,000 people from the municipalities of Júzcar, Pujerra and Benahavís on Thursday, as the flames advanced at 30 metres per minute. The area has a high population of international residents.

The fire started at around 3pm on Wednesday and by Thursday emergency agencies had deployed nearly 1,000 firefighters, military personnel and support crews to fight the flames, amid fears that torrid weather may feed the blaze.

The mayor of Benahavís, José Antonio Mena, said that between 2,500 and 3,000 residents left the main town, and more than 100 others were forced to leave the Montemayor, Marbella Club and Benahavís Hills urbanisations, as well as scattered country houses in Júzcar and Pujerra.

Authorities raced against the clock in the dry, hilly area as Spain’s AEMET weather service said the country could be on the verge of a heatwave. Temperatures were forecast to reach well over 30 C and to increase over the weekend.

Crews sought to take advantage of lower temperatures and more humid conditions overnight that saw the flames quieten down, according to the national firefighting service Infoca and the Andalusia regional government. Seven water-dropping helicopters and a coordinating plane were also on standby.

Spain’s Emergency Military Unit (UME), which is assigned to help civilian forces with major incidents, sent 233 personnel and more than 80 vehicles to the area, authorities said.

Those evacuated as a precaution were sheltering with relatives or in local hotels, officials said.

The blaze injured three firefighters after it broke out Wednesday amid gusting winds.