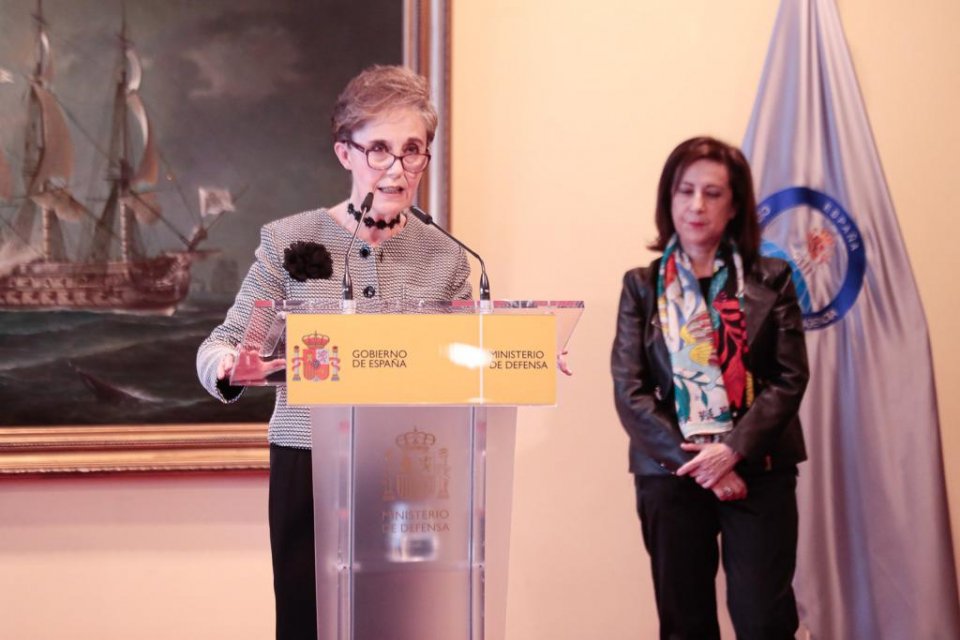 Paz Esteban, the head of Spain’s Intelligence Service (CNI), has appeared before a parliamentary committee for questioning over phone hacking revelations, first referred to as ‘CatalanGate’.

The near four-hour session of the ‘Official Secrets Commission’ was held behind closed doors by MPs in the Spanish Congress in Madrid on Thursday, with the spokespersons of all the country’s main political parties present, and in which four pro-independence parties were also present: the Basque EH Bildu, and the Catalan parties ERC, JxCAT and the CUP.

MPs pledged not to reveal any secrets and had to deposit their mobile phones in lockers before entering the commission. ERC’s spokesman Gabriel Rufián spoke briefly with reporters when leaving the commission. He later tweeted about the hearing (see below).

Spanish media reported after the hearing that the head of the Spanish secret services acknowledged that only part of the surveillance that she revealed was carried out by the CNI was done with judicial authorisation. According to a report in El Diario, among those whose phones were hacked, and which Esteban reportedly acknowledged in the hearing, was the current president of the Catalan government, Pere Aragonès.

Other Spanish media have reported that during the hearing Esteban admitted that the CNI had ‘legally’ spied on 18 of over 60 Catalan pro-independence figures that have been accredited as victims of the so-called CatalanGate.

Since the ‘CatalanGate’ scandal broke last month, Spain’s socialist-led government has been under pressure to explain why the phones of dozens of people connected to the Catalan independence movement were infected with Pegasus spyware between 2017 and 2020, according to Citizen Lab, a cybersecurity group of experts affiliated with the University of Toronto.

The revelations involved at least 65 people, including elected Catalan officials, lawyers and activists, who had been targeted with the software of two Israeli companies, Candiru and NSO Group, the developer of Pegasus.

Catalan officials immediately pointed the finger at the CNI and threatened to withdraw their support for Socialist Prime Minister Pedro Sánchez’s minority government unless heads roll.

Sánchez’s government depends on Catalan pro-independence party ERC to pass legislation and remain in power until the next general election due in late 2023.

On Monday, however, the government announced that the phones of Sánchez and Defence Minister Margarita Robles, whose ministry oversees the CNI, were also hacked last year by the same spyware made by Israel’s NSO group. Also read: Spanish PM and defence minister’s phones also targeted with spyware

The revelation raised questions over who is to blame and whether Spain has adequate security protocols.

Asked if Esteban, who has headed the CNI since 2020, will remain in her post, government spokeswoman Isabel Rodríguez said on Tuesday that she did not want to ‘talk of future scenarios’.

Catalan pro-independence groups and the left-wing Podemos party, the junior coalition partner of the PSOE socialist-led government, have demanded that the defence minister should resign over the affair.

Some Spanish media have pointed the finger at Morocco, which was in a diplomatic spat with Spain at the time, but the government has said it was no evidence of who may be responsible.

Pegasus spyware infiltrates mobile phones to extract data or activate a camera or microphone to spy on their owners. The Israel-based NSO Group, which owns Pegasus, claims the software is only sold to government agencies to target criminals and terrorists, with the green light of Israeli authorities.

The NSO Group has been criticised by global rights groups for violating users’ privacy around the world and it faces lawsuits from major tech firms such as Apple and Microsoft.