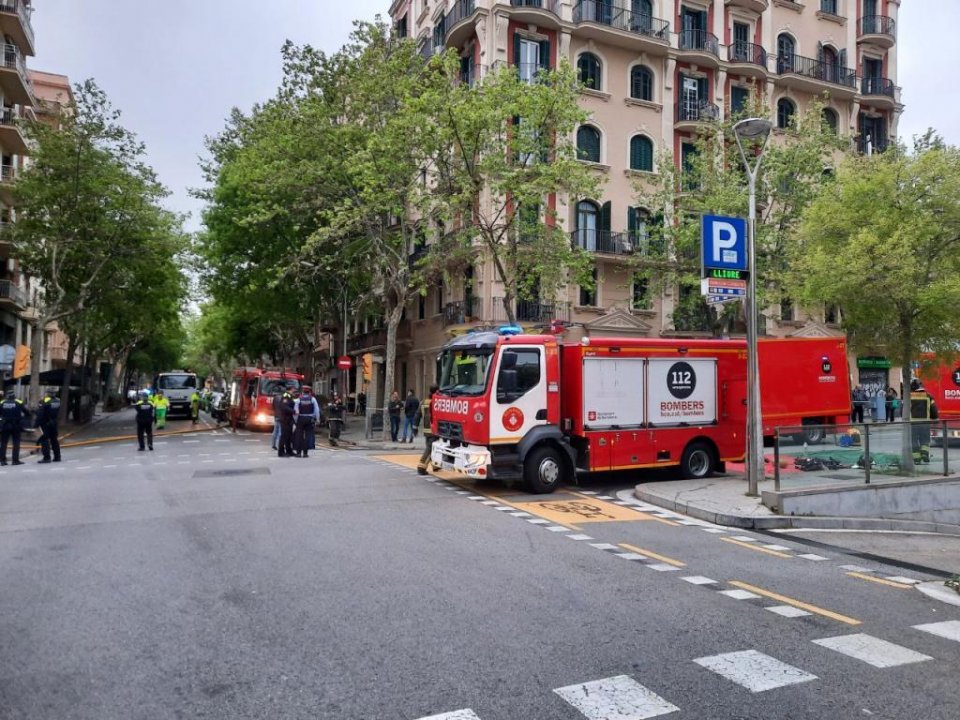 Four people were injured, one seriously, following an explosion in the early hours of Tuesday morning in a Barcelona apartment block. The four remain in hospital, whilst 34 others were treated on site and discharged there, emergency services have said.

The incident took place at Carrer de València 73, in the Eixample neighbourhood, just before 4am, and is still being investigated by the Mossos d’Esquadra police.

The explosion is reported to have occurred on the ground floor of the building, where a bar was located, and to have caused fires on other floors and in neighbouring buildings.

Albert Batlle, the Barcelona city councillor for security, confirmed that the owner of the bar, who is in serious condition, is also in police custody.

According to Batlle, the bar owner was problematic and police had tried to shut the business down as recently as last Friday only to find that the establishment was already closed when they arrived.

Firefighters evacuated a total of seven buildings, and although some people have already been allowed back home, structural damage means other residents will have to wait.

The Barcelona fire brigade tweeted that 13 crews were deployed to the scene, and that ‘four people were transferred to hospital, one of them in a serious condition, two less serious and another mild’.

‘In addition, 34 more people were treated on site and discharged there,’ the fire brigade added. ‘In the explosion, in addition to the building on Carrer de València 73, six other properties were affected: Valencia 71, Calabria, 181 and Avinguda Roma 88 and 90. Valencia, 67 and 69 have also been evacuated.’