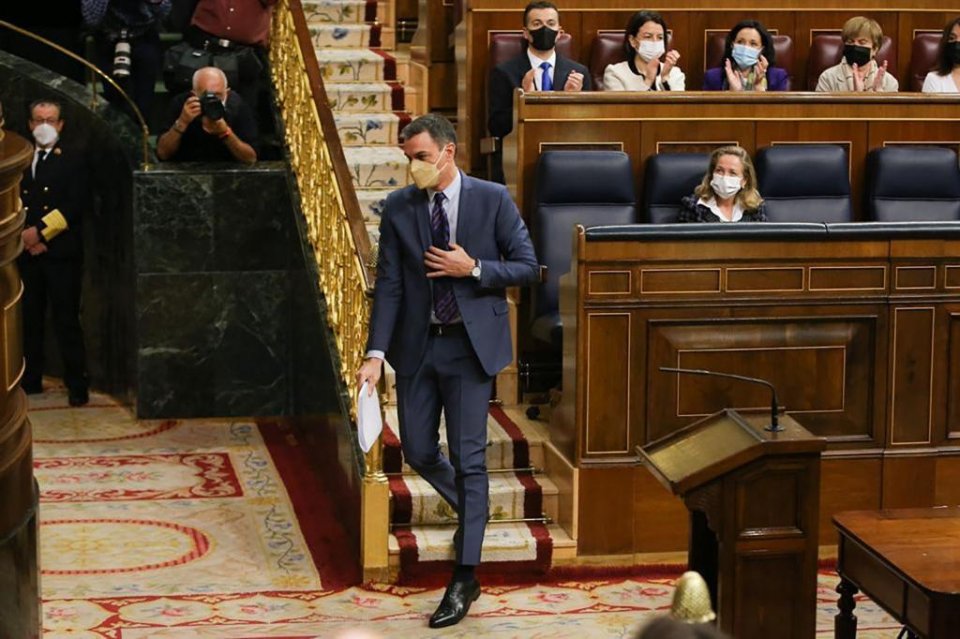 Inflation in Spain is estimated to have surged to a 37-year high in March, rising to almost 10% over the past year as consumer prices have soared worldwide.

The annual inflation for March 2022 is 9.8%, according to the flash estimate of the Consumer Price Index (CPI) published on Wednesday by Spain’s National Institute of Statistics (INE).

The provisional figure is an increase over the 7.6% annual inflation rate reported for February, the INE said. If this rate is confirmed on 13 April, when the INE is scheduled to publish all the details of the price rises, it would be the highest since May 1985. The rate had been forecast to climb to 8%.

Prime Minister Pedro Sánchez said on Wednesday in the Spanish Congress that 73% of the current inflation is due to the disruptions to the energy and agriculture markets caused by the Russian invasion of Ukraine. In response to the crisis, the Spanish government has already approved a huge package of state aid and loans, including discounts on fuel for all consumers. ALSO READ: Spain announces €6 billion support plan in direct aid, tax breaks & fuel subsidies.

‘It is a bad figure which affects our economy, especially more vulnerable groups … due to runaway energy prices,’ Sánchez told Congress.

The price increase comes after months of global inflation that has been exacerbated by the Russian invasion of Ukraine. Euro currency nations as a whole saw a record 5.8% spike in inflation in February. The United States notched a 7.9% increase for the same month, the highest level since 1982.

Underlying inflation, which does not include energy or food products, was up 3.4% in Spain, its highest increase since September 2008.