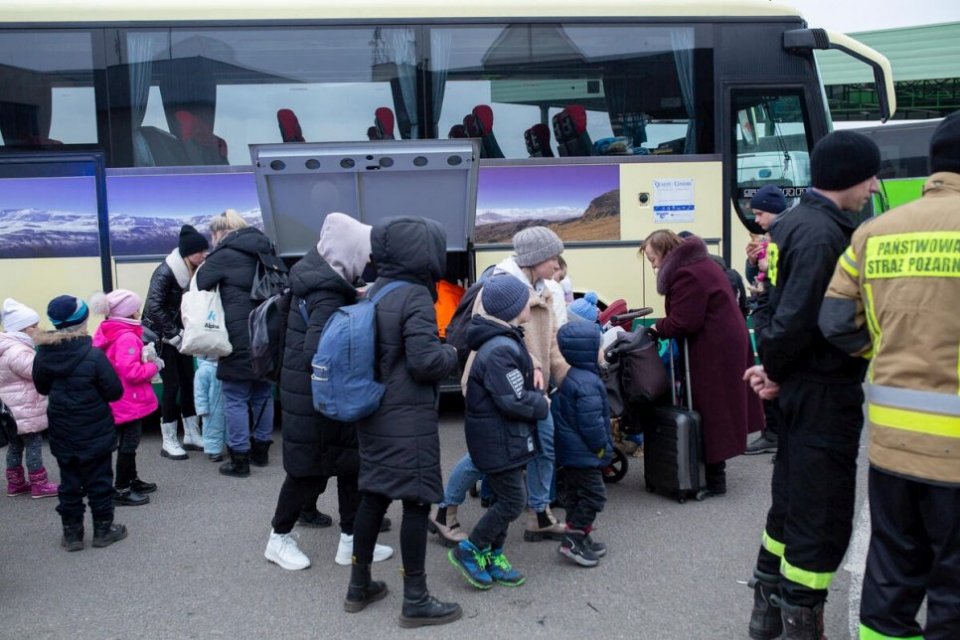 Over two million people have now fled Ukraine since Russia launched a full-scale invasion on 24 February, according to the latest data from the UNHCR, the United Nations Refugee Agency on Tuesday.

UNHCR recorded 2,011,312 refugees on its dedicated data portal, which is 276,244 more than the previous count on Monday. UNICEF, the UN children’s agency, believes hundreds of thousands of them are youngsters.  In addition to those who have already left, an unknown number have been displaced from their homes within Ukraine itself.

Authorities expect the flow to intensify over the coming days and weeks, as the Russian army advances deeper into Ukraine, particularly as it approaches the capital, Kyiv.

Before the Russian invasion, more than 37 million people lived in Ukrainian territory under the control of the central government.

Here is a breakdown of where Ukrainian refugees are, according to the UN Refugee Agency:

More than half of those who have fled Ukraine are now in Poland, with UNHCR saying on Monday 1,204,403 refugees were now in the country. The number had increased by 176,800 in 24 hours.

Poland has championed the cause of Ukrainian refugees. The government has set up reception centres and charities have mobilised in a massive aid effort, helped by the estimated 1.5 million Ukrainians already living in the EU member state.

The Polish government on Monday proposed a law to make it easier for Ukrainian refugees to stay in Poland for 18 months and renew their permit for a further 18 thereafter. Ukrainians would also be allowed to work and access both healthcare and schools.

210,239 people have fled Ukraine to other countries, according to UNHCR.

The country has five border crossings with Ukraine and several border towns, including Zahony, have turned public buildings into relief centres, where Hungarian civilians are offering food or assistance.

Across Ukraine’s shortest border, some 140,745 refugees are now in Slovakia.

UNHCR says the number of refugees who have crossed Ukraine’s longest border into Russia since the invasion is 99,300.

UNHCR has said that an additional 96,000 people moved to Russia from the separatist eastern Donetsk and Luhansk regions between 18-23 February, in the days before the Russian invasion.

Some 82,762 refugees were now in Moldova, according to figures updated to the end of Sunday, though many thousands more have passed through the non-EU state on their way to other countries. According to the UNHCR, many refugees are continuing on to Romania or Hungary, often to reunite with family.

Some 82,062 refugees from Ukraine are now in Romania, according to latest figures dated to the end of Sunday. Two camps have been set up, one in Sighetu Marmatiei and the other in Siret.

Some 453 refugees had made it to Belarus, according UNCHR.

The UNCHR has stated: ‘Arrival statistics are compiled from a variety of sources, mainly data provided by authorities from official border crossing points. While every effort has been made to ensure that all statistical information is verified, figures on some arrivals represent an estimate. Triangulation of information and sources is performed on a continuous basis. Therefore, amendments in figures may occur, including retroactively. Notably, the right to move freely within the Schengen area means there are very few border controls within the European Union. The data of arrivals in Schengen countries (Hungary, Poland, Slovakia) bordering Ukraine therefore only represents border crossings into that country, but we estimate that a large number of people have moved onwards to other countries. In addition, UNHCR does not count individuals from bordering countries leaving Ukraine to return home.’