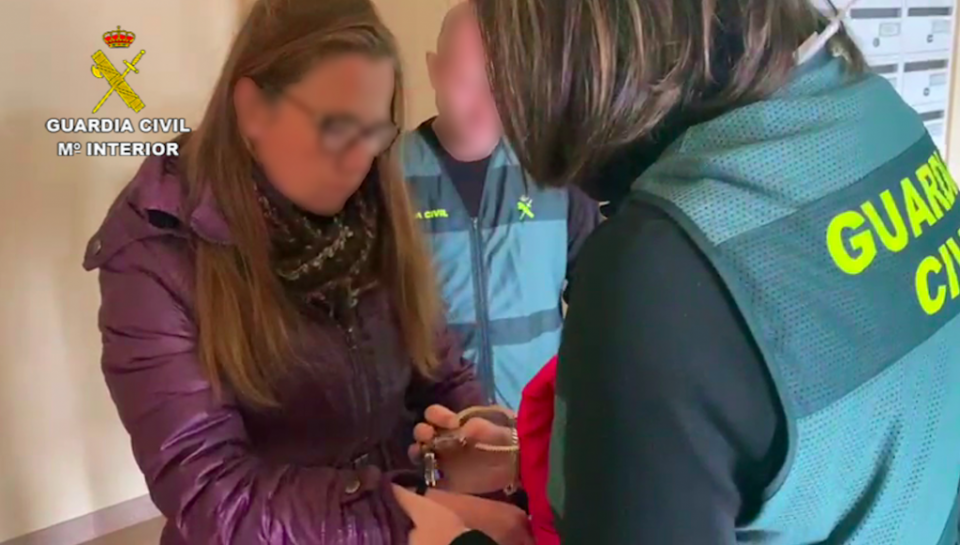 The Spanish police announced on Tuesday that they had arrested the UK’s most wanted woman over an alleged €1.2 billion VAT scam, following nine years on the run.

The fugitive, identified by Britain’s National Crime Agency (NCA) as 47-year-old Sarah Panitzke, was arrested by Guardia Civil police on Sunday walking her dogs in Santa Barbara, a small town of around 4,000 inhabitants in the province of Tarragona (Catalonia).

Panitzke has been on the wanted list since 2013 for alleged money laundering offences as part of 16-strong criminal gang that bought mobile phones abroad without VAT, then resold them in the UK.

The gang made profits of ‘more than €1.2 billion’, the Guardia Civil and the NCA said in separate statements.

Originally from Fulford, near the northern English city of York, Panitzke vanished in May 2013 before being convicted and sentenced in absentia to eight years behind bars.

She was the last of the gang to be caught, with other members collectively sentenced to 135 years in jail, the NCA said.

Investigators with Britain’s HMRC tax authorities said that Panitzke was responsible for laundering all the group’s income through multiple companies in Spain, the tiny principality of Andorra and Dubai.

The gang managed to shift more mobile phones in the UK than the collective number sold by all legal outlets, the Guardia Civil said, citing British investigators.

In 2015, police discovered she was living in Olivella, just south of Barcelona, with her husband bringing supplies at weekends.

But she realised the police were onto her and ‘totally changed her appearance and fled’, later cutting all physical ties with her family to avoid detection.

It was seven years before they found her again after being tipped off she might be in Santa Barbara in February. After a lengthy surveillance  operation, police spotted a woman ‘who clearly had the same physical characteristics’. This time, they deployed multiple agents in civilian clothing to ensure she wouldn’t escape again.

‘Sarah Panitzke was one of Britain’s most wanted tax fugitives. She played a pivotal role in a multi-million pound VAT fraud and moved millions through offshore bank accounts,’ said Simon York, head of HMRC’s fraud investigation service in a statement.

‘Panitzke thought she had put herself outside of the reach of HMRC, but … no tax criminal is beyond our reach.’

After 9 years on the run, and 6 years on the NCA’s most wanted list, this is the moment Sarah Panitzke was arrested by @guardiacivil & @HMRCgovuk. This should serve as a warning to others on our most wanted list – we'll not rest until you're captured, no matter how long it takes. https://t.co/rzSrepQzk5