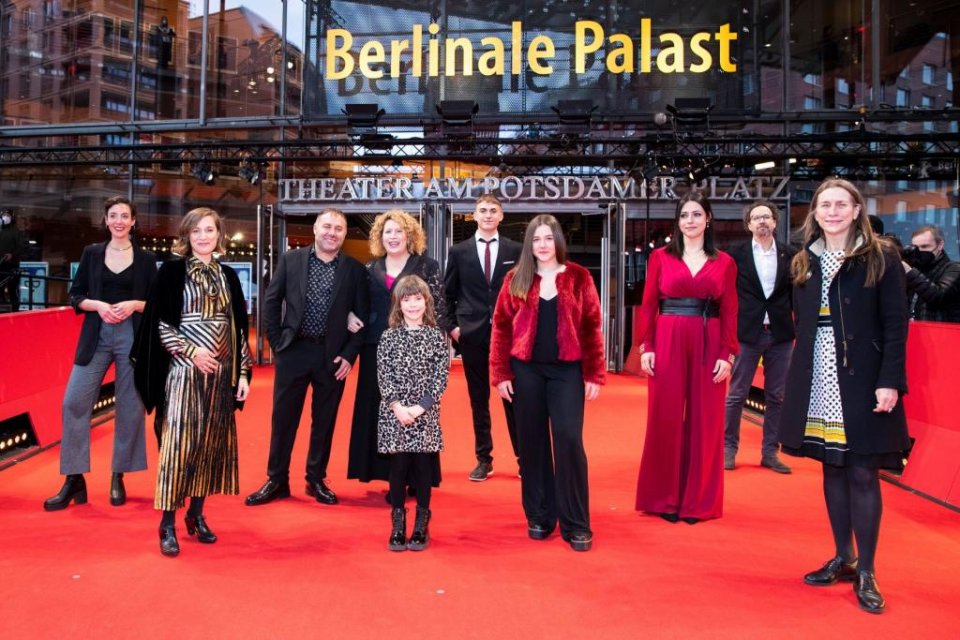 The 72nd Berlinale Film Festival has awarded its Golden Bear top prize to Catalan director Carla Simón’s semi-autobiographical drama, Alcarràs, a film about a family of peach farmers fighting for their future. The ceremony was held at the Berlinale Palast on Wednesday evening.

The Berlinale is now the third major European film festival in a row to award its top prize to a woman director, following Cannes and Venice last year.

‘I feel like I should just move here, because every time I come here something amazing happens,’ said Simón on accepting the award. Back in 2017, she won two awards for her ‘Summer 1993’ movie.

Screenwriter and director Simón was born in Barcelona in 1986 and grew up in a small Catalan village. She studied audiovisual communication in Barcelona and California and then attended the London Film School.

‘I want to thank my family because they grew peaches in Alcarràs, and because without them and this closeness to this world, I would not have been able to tell this story,’ the director said on stage in Berlin.

Set in the Alcarràs countryside, outside Lleida in the west of Catalonia, Alcarràs follows the story of the Sole clan, a large, tight-knit family who spend their summers picking peaches in their orchard in a small village.

But when they are threatened with eviction due to new plans for the land, which include cutting down the peach trees and installing solar panels, the family members start to drift apart.

‘I think that this way of farming does not have much of a future,’ Simón told reporters ahead of the premiere of the film on Tuesday. ‘There is very little price regulation, there are more and more big companies that are farming … Only in organic farming do I see some hope, because it is a kind of farming that is difficult to do in a big way,’ she said.

Simón also said she enjoyed working with children for the film. ‘It’s natural for me, I think it has to do with the fact that I had a somewhat vulnerable childhood, I identify with them,’ she said. The film was made with a cast of mainly non-professional actors. Simón wanted to make the on-screen family as real as possible, bringing the actors together every day for about three months before filming started to ‘build plausible roles and relationships’.

This year’s Berlinale was in-person for the first time in two years but held a shorter competition than usual, with strict regulations for audiences just as Covid-19 infections were peaking in Germany.

There were 18 films from 15 countries vying for the Golden Bear, with the jury led by Indian-born American director M. Night Shyamalan.

German-Turkish comedian Meltem Kaptan, 41, won the festival’s second ever gender-neutral acting prize for her performance in Rabiye Kurnaz vs George W. Bush. The film by German director Andreas Dresen tells the true story of a mother’s battle to bring her son back from Guantanamo Bay.

Kaptan dedicated the award ‘to all the mothers whose love is stronger than borders’.

On a big night for women, France’s Claire Denis clinched best director for Both Sides of the Blade, a tense love story that stars Juliette Binoche as a woman caught between two men.

The main Competition awards at Berlinale:

And finally, the moment we've all been waiting for: The Golden Bear for Best Film goes to… "Alcarràs" directed by Carla Simón and produced by María Zamora, Stefan Schmitz, Tono Folguera, Sergi Moreno. Our dearest congratulations! 📽️🏆 pic.twitter.com/SgFqLiZiN7

‘DNA Garraf’ wine tasting at the Malvasia centre in Sitges