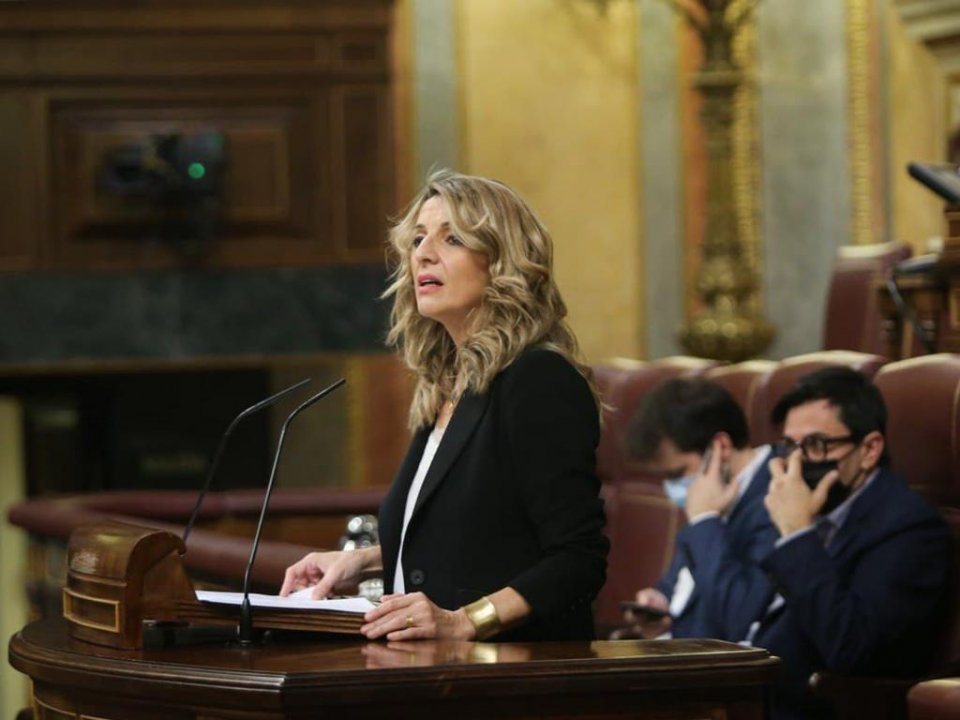 Spanish Labour Minister Yolanda Díaz announced on Wednesday that the cabinet will be approving an increase of the country’s minimum wage to €1,000 at the next meeting to be held on 22 February.

It represents a €35 increase from the current minimum wage of €965. On Tuesday, the UGT trade union had said the proposed rise would be €31, but Díaz decided that it should be €4 higher to reach €1,000.

This is the pre-tax, gross figure that full-time minimum wage workers will receive. In Spain, it is often divided over 14 payments, with extra payments in the summer and at Christmas, instead of 12 monthly payments.

It will also be applied retroactively from January 2022, meaning minimum wage earners will be paid an extra €35 per month for work carried out since the start of the calendar year.

The Spanish government pushed through the 3.6% increase thanks to the support of trade unions CCOO and UGT, and despite not receiving the green light during negotiations from business associations CEIE and Cepyme, who said the move responds more to ‘political aspirations than financial common sense’.

Last September, the Spanish government had already approved a €15 rise in the minimum wage from €950 to €965, a bill which was also spearheaded by Díaz and which business associations rejected as unfeasible and detrimental to job creation.

‘This government fulfils its promises,’ Díaz said during a press conference on Wednesday. ‘Despite everything that’s been said, raising the minimum wage has been very positive for our country and our economy.’

According to the Podemos politician and second deputy Prime Minister, it’s ‘science fiction’ to argue otherwise because it’s been ’empirically’ proven that raising wages encourages people to spend more and this in turn helps the economy.

‘We are committed to having a work model that’s not based on low wages, competing like this equates to defending a bad economy, precarious businesses and a social model that is profoundly unfair,’ she said.

The government’s aim is that by the end of 2023, Spain’s minimum wage will represent around 60% of the average salary in the country.

The latest increase will benefit more than 1.8 million workers in Spain, according to the labour ministry, both full-time and part-time workers.

However, the previous rise in minimum wages resulted in the increase of €8 in social security contributions for the country’s self-employed workers of up to €294 a month, a figure that could increase further still for many under new plans to raise rates based on real earnings.

Even though job insecurity and unemployment remain relatively high in Spain, the country already has the seventh highest minimum wage rate in the EU.

Last Thursday, the Spanish government managed to pass a long-awaited labour reform act aimed at ending job insecurity. This will also lead to a salary increase for some 73,000 workers in Spain who belong to multi-service companies that offer cleaning, gardening, maintenance and other services. ALSO READ: Spanish government secures landmark labour reform, thanks to voting error

Spain to allow in unvaccinated teenagers with negative PCR test