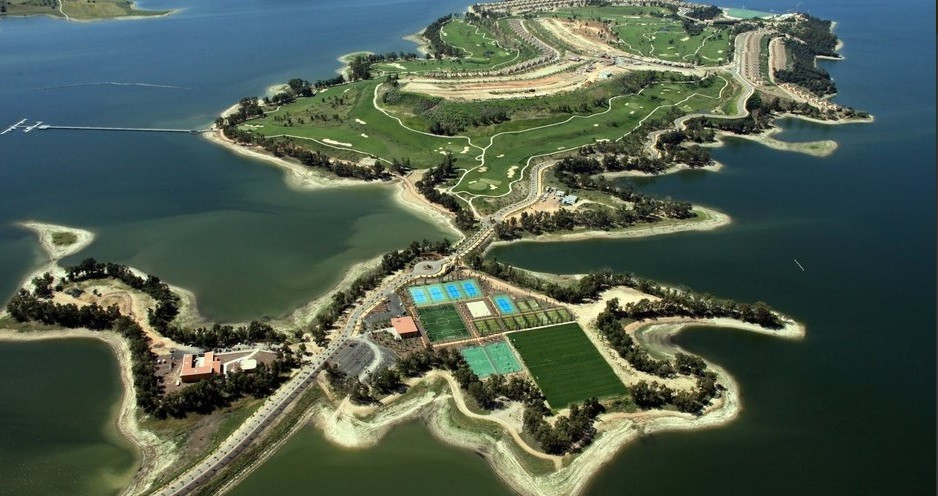 A luxury resort on an island in a reservoir near  Cáceres in the Extramadura region, known locally as ‘rural Marbella’, is to be demolished to protect the environment, following a ruling by Spain’s Supreme Court this week.

The Marina Isla de Valdecañas complex began construction in 2007 and has received over 100 million euros of investment in its development over the last 14 years.

During this time, environmental groups have campaigned against its destruction of the rural countryside, claiming that it had been unlawfully built in a protected area.

The complex has been termed ‘rural Marbella’, due to its expansive development of 185 luxury villas, a four-star hotel, swimming pools, an artificial beach, 76 moorings and an 18-hole golf course. There were plans in place to build hundreds more villas on the complex.

The development is situated 150km west of Madrid and has been promoted as a luxurious and exclusive resort that attracted investment from large institutional banks and wealthy individuals, including the son of José María Aznar, the former Prime Minister of Spain, who purchased a property in the resort.

A regional court had previously ordered the construction to stop in 2020, when approximately one third of the development had been completed. At the time, the court had viewed the completed construction as not damaging to the environment and that demolition was a ‘material impossibility’ after developers and investors had protested about the costs of demolition.

It had been calculated that the cost of demolishing the completed construction at that time was 34 million euros, with 111 million euros of economic damage to the owners.

Environmental groups, who had been campaigning against the development since the start, appealed this decision, stating that losing the case would set a dangerous precedent that would allow extensive urbanisation of protected areas.

Following further campaigning and legal review, Spain’s Supreme Court has this week ruled on the side of the environmental groups and has annulled the original ruling and ordered the demolition of the entire resort.

Speaking about the ruling, Luis Díaz-Ambrona, a lawyer representing the land buyers, said that their right to compensation was ‘indisputable’ and that the demolition would be ‘a ruin’.

The ruling, however, was celebrated by the environmental groups involved in the lengthy legal battle. Ángel García Calle, a lawyer representing the environmentalists, said that ‘in the end all this could have been avoided. We maintained from the start that it was illegal’.

Spain to increase minimum wage to €1,000