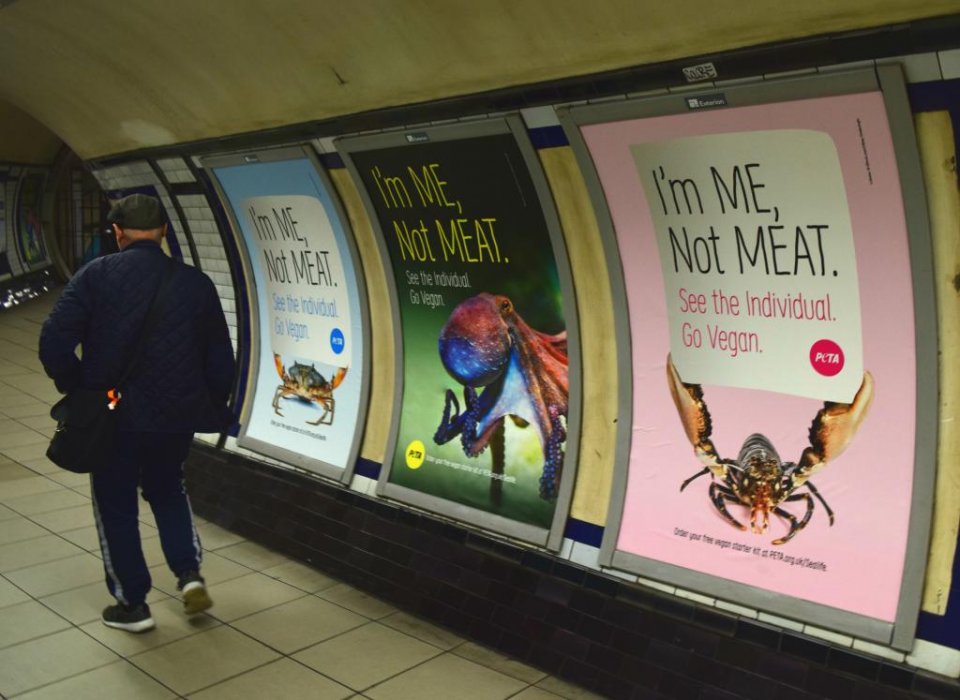 Anyone who has watched the Academy Award-winning documentary My Octopus Teacher can be in no doubt that these mesmerising animals are sentient, awe-inspiring, and highly intelligent beings. So plans to open the world’s first commercial octopus farm in the Canary Islands next year, which would breed and confine thousands of these animals in cruel, prison-like conditions, have understandably been greeted with shock, disgust and outrage around the world.

Known as the ‘Einsteins of the sea’, octopuses have large, complex brains. In fact, they have nine: one central brain between the eyes and separate mini-brains at the base of each tentacle – meaning that each arm, quite literally, has a mind of its own. They can navigate their way through mazes and remember the solutions.

While humans often take great pride in our opposable thumbs – which can touch the tips of our other fingers in a pincer-like grasp, allowing us to pick up objects – we only have two of them. Octopuses can fold together the two sides of each of the suckers on their tentacles to form 100 pincer grasps, each of which allows for such astounding delicacy that octopuses can easily untie knots in surgical silk and open jars.

They also love to play: one researcher documented the way octopuses played with a pill bottle in the same way a child might bounce a ball off a wall – pushing it into a stream of water from the tank’s intake valve in such a way that it came floating back and they could do it again.

Octopuses can also recognise individual humans and have been known to make friends with them, as seen in My Octopus Teacher, which showed how a filmmaker formed a bond with an octopus he encountered while diving. The film touched hearts worldwide, and more than 300 scientific studies have backed up what was plain for any viewer to see as the gentle, playful animal reached out a tentacle to touch his hand – octopuses can think and feel.

That’s why scientists, conservationists, and animal welfare experts have joined the call to stop plans to farm them. All agree that octopuses would suffer dreadfully in such conditions. They are solitary, territorial animals, as curious as humans, and cramming them into barren communal tanks or netted pools, with little or no stimulation – as is common of all factory farm systems – would condemn them to a miserable existence. Their sensitive bodies – which don’t have a skeleton – are also highly susceptible to injuries in captivity, and the stress of confinement means they would be likely to attack each other.

To make matters worse, there is currently no legislation in Spain, or elsewhere, to protect octopus welfare on farms or during their slaughter. Multinational Nueva Pescanova’s plans to open the farm – close to Las Palmas in Gran Canaria – means countless animals will spend their lives vulnerable to pain and suffering, and endure agonising deaths when they should be left alone in their ocean home.

The solution, of course, is to stop eating octopuses – and, indeed, all animals. Even if they’re not farmed, octopuses captured for food still suffer: they are often speared or burned with caustic chemicals to force them out of specialised traps. Many are snared in massive, indiscriminate trawl nets. On deck, if they’re not left to suffocate in agony, they’re clubbed, stabbed, or butchered alive.

As a society, we need to re-think our relationship with animals and who we put on our plates. Factory farming began when few people understood or respected animal sentience – but now we know better. To allow the world’s very first octopus factory farm to open, when we know and understand the impact it would have on these intelligent, feeling beings, would be a monstrous act that would shame the government of the Canary Islands. Ministers must act fast to prevent this farm from being built or risk being judged by history as those who put profit before compassion.

If you’d like to write an opinion piece in response to this article, or contribute anything else to Spain in English, please email: editorial@spainenglish.com.

ALSO READ (BBC): The world’s first octopus farm – should it go ahead?