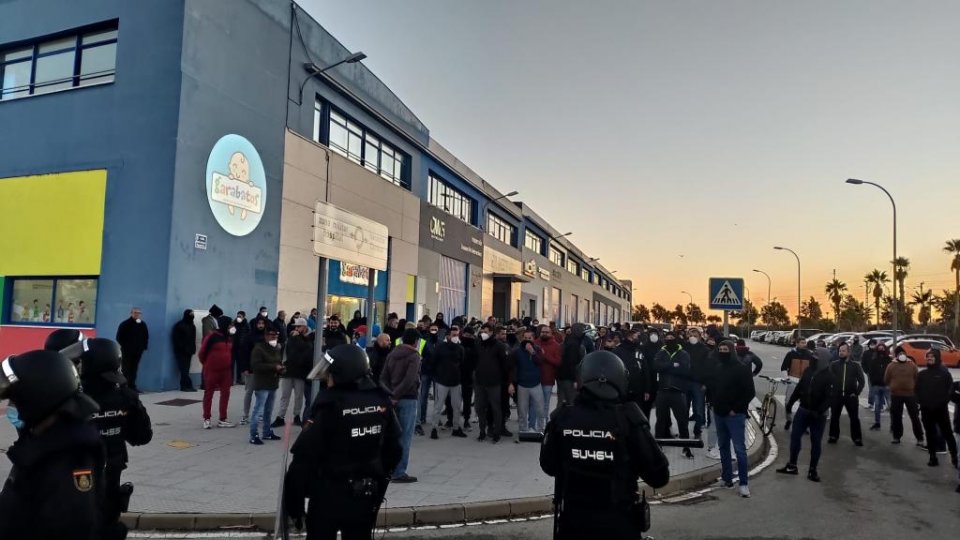 Trade unions representing metalworkers in Cadiz called off a nine-day strike and workers began returning to their jobs on Thursday, after reaching a pay deal with employers.

The agreement still needs to be approved by workers, who will vote on Friday in a ballot. Details of the deal were not immediately made public.

The open-ended strike began on 16 November, with street protests at times turning violent as riot police clashed with strikers and their supporters, following protest marches by workers demanding higher wages in response to the surging rate of inflation in Spain.

The protests reached boiling point during this week, with police intervening to separate the crowds of protestors, who had erected barricades across the streets in the city of Cadiz. The police used armoured vehicles to clear the barricades.

In recent weeks, inflation in Spain has hit the highest rate seen in the country for years, driven largely by the surging costs of energy in recent months. In October, inflation was 5.5%, whilst wages in many sectors have not increased at all for over a year.

The province of Cadiz has also experienced several significant job losses in the last 12 months and now has an unemployment rate of 23%. This is one of the highest rates in Spain, where the rate nationally stands at around 14%.

The city of Cadiz is renowned for its shipbuilding and the metal sector that supports this industry is one of the main sources of work in the region.

Historically, the area has a large trade union movement supporting workers in these industries, that consist of around 700 companies employing around 20,000 people.

Reaching an agreement is vital to the industry, with trade unions keen to see pay increases that support its members in meeting living costs in the current high inflation climate.

Metalworkers are also angry about widespread hazardous working conditions and the planned closure of an Airbus plant in the region.

There was growing concern during the week that the protests were reaching dangerous and out of control levels. Earlier in the week, it was reported by Spanish news agency, Efe, that the Guardia Civil had confirmed a man who had worked at the port had died on his motorcycle after clashing with a truck. The truck had been blocked by the barricades set up by striking protesters.

Representatives of the UGT and CCOO national federations issued a statement asking for strikers to stop barricading streets, saying ‘we must manage this conflict well and therefore we believe it is necessary to concentrate our actions at the entries of the principal workplaces. Therefore we are asking that highways be left open’.