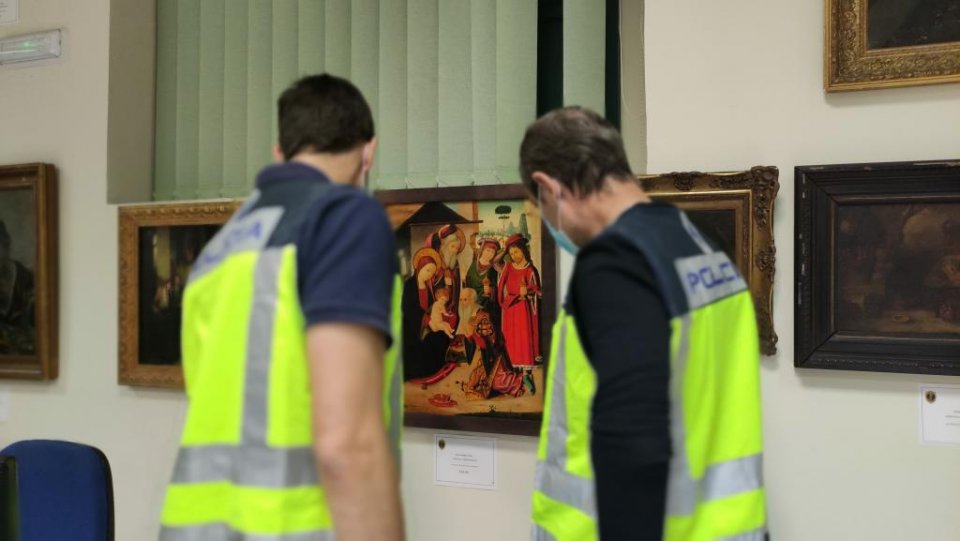 Six people have been jailed in the Valencia region after police in Castellón uncovered a criminal gang using the Internet to sell poorly forged works of art attributed to artists including Goya, José Benlliure y Gil and Nicolás Falcó.

The gang deceived investors by accompanying the works with false certificates of authenticity. In total the police confiscated 27 paintings, which were being sold on the Internet for €1.2 million.

The investigation was carried out by officers from the Group of Historical Heritage of the Valencian police, and was uncovered following a scam involving the painting of The Adoration of the Magi, by Nicolás Falcó. The painting had been bought before a notary for €18,000 – and then when it was put on the market as a 16th-century original for €45,000, the falsification was detected.

This led the police to a ring of forgers and counterfeiting network who were trying to sell more than 30 paintings online. Officers seized 27 works, numerous faked certificates of authenticity, including a painting supposedly by Goya of the Immaculate Conception, with an asking price of €900,000.

Of the 27 works seized, 18 turned out to be fakes, two were authentic prints, while four were worthless decorative works. So far police have been unable to determine whether three others were forged. The forged works copied the styles of renowned painters such as Francisco de Goya, José Benlliure, Nicolás Falcó, Cecilio Pla, Lucas Villaamil, Benjamín Palencia, López Mezquita, Puig Roda and Gillis Glaesz Hondecoeter.

The gang ‘falsified [the art] with very unsophisticated methods, such as placing a small piece of paper on top of the signature to exchange it for another; re-using the canvases on both sides; imitating the craquelado (cracking) technique by burning the canvas with a blowtorch, and even copying work that is currently on public display at the Bernat Museum in Barcelona’, the Valencia government said in a statement,

To prove the authenticity or not of the works, the Valencia police were assisted by experts from the Valencia Institute of Conservation, Restoration and Investigation, from Valencia’s Museum of Fine Arts, and the director of the Benlliure Museum of Valencia.

Gabriela Bravo, the regional justice minister, said the police’s efforts ‘had succeeded in shutting down a new illegal network that was buying and selling art and offering more than 20 works on the black market’.

Of the seven accused of a crime of fraud, six were convicted by the criminal court of Castellón. Three of them were given 10-month prison terms, and the other three received 3-month terms. One was acquitted.