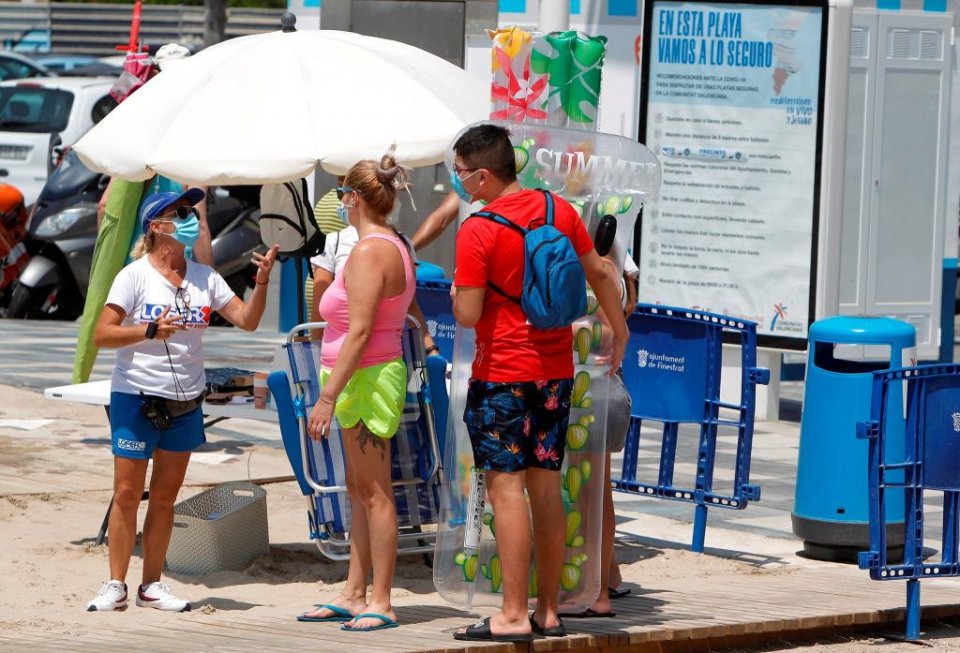 Spain received 4.4 million international tourists during July, 78.3% more than in the same month in 2020, while spending reached 5.2 billion euros, according to the Statistics on Tourist Movements at Borders (Frontur) and the Tourism Spending Survey (Egatur) produced by the National Statistics Institute (INE).

‘This data reflects the gradual recovery of international tourism and shows that Spain has managed to be perceived as a safe destination by millions of travellers,’ said Spain’s Trade and Tourism Minister, Reyes Maroto.

Spending by international tourists in July was more than double that recorded in the same month last year (+112.8%) and reached 43.7% of the amount spent in July 2019.

‘We hope that this trend will continue [to be reflected in the figures] for August and we will continue to work towards a greater reactivation of international mobility, without losing sight of the evolution of the pandemic on a global level,’ said Maroto.

To put the July 2021 statistics into perspective, however, the total number of foreign tourists who visited Spain during 2020 fell by over 80% from the previous year to 19 million, the lowest figure since 1969, with the pandemic devastating one of the country’s key industries. Spain had been the second most visited country in the world in 2019, receiving 83.7m visitors during the full year. Its tourism sector normally accounts for 12.3% of the country’s GDP – and it also generates more than 2.6m jobs in the country.

In early August, reports indicated that Spain’s tourism sector was heading for another very challenging year in 2021, as government data revealed that during the first six months there were just 5.4 million international visitors. In the last ‘normal’ year before Covid in 2019, there were 38.1 million international tourists recorded in the same six-month period.

The 2021 data equated to approximately half of the 10.7 million recorded in the equivalent period in 2020, which was effectively during the months of January and February, before Spain’s first State of Alarm stopped all tourism in mid-March.

Maroto stressed that one of the current challenges has been to extend this year’s summer season as much as possible. ‘Decisions such as Germany’s recent decision to no longer consider Spain a high-risk area, which eliminates the quarantine requirement for unvaccinated people on return, are a step in the right direction,’ she said.

The stark numbers reflect the devastation of travel restrictions in all countries that have impacted international travel to Spain during 2021, and which still continue to hamper confidence returning to tourist consumers from many countries, and from the UK in particular.

British tourists were effectively banned from travelling to Spain until May, and since then have had requirements to complete Covid tests and complete numerous documents, along with regular changing of guidance from the government about travel to and from Spain. During May to July, this dented confidence in many British tourists making bookings for holidays in Spain.

Figures for July show that the Balearic Islands was the main destination chosen by international tourists both in terms of the number of arrivals (30% of the total), up 124.3% year-on-year, and in terms of tourist spending (31.2% of the total).