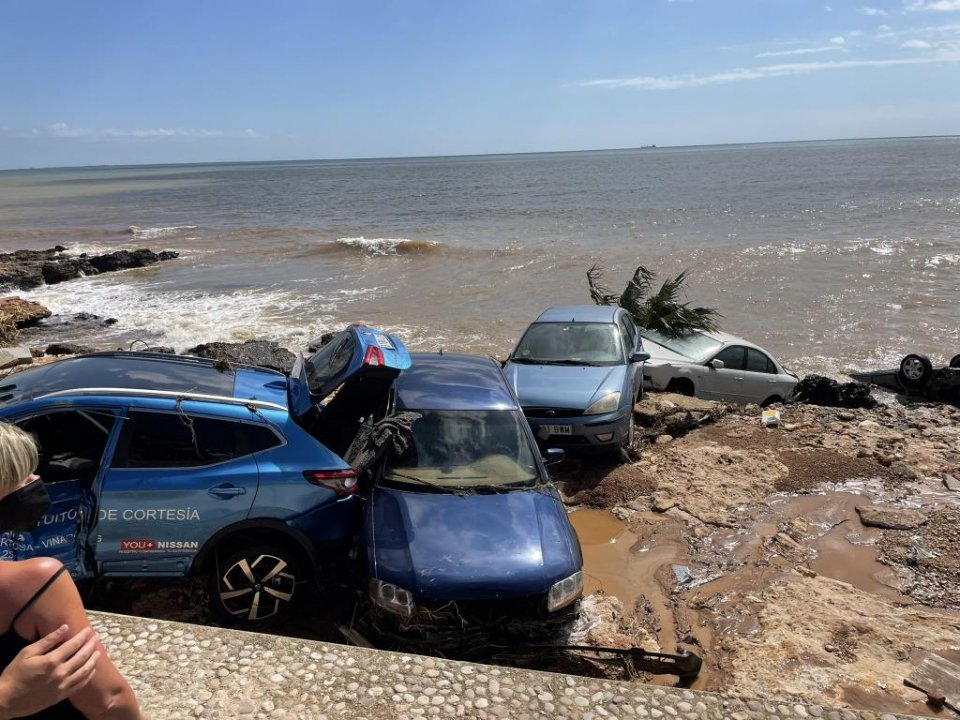 Parts of mainland Spain and the Balearic Islands remained on high alert on Thursday, after torrential rain and storms caused flash flooding during Wednesday. Storms produced over 9,000 lightning strikes across the country, according to the national weather service.

The provinces of Tarragona (Catalonia), Castellón (Valencia) and Toledo (Castilla-La Mancha) were particularly hard hit by the storms, whilst in Madrid the rising waters flooded homes and caused major traffic disruption.

In the Catalan town of Alcanar in the province of Tarragona, flash floods swept cars down the streets and out to sea, following record rainfall. 216mm of rain fell from 10am until 2pm in Alcanar on Wednesday, with 77mm falling in just 30 minutes around noon.

In other areas of Catalonia, weather stations also recorded rainfall of 77mm in just 30 minutes, causing flash floods and damage to ground-floor properties in towns in the Montsià and Baix Ebre counties of the Tarragona province. 5,500 people were left without electricity. Nine people required medical treatment, but there were no reports of severe injuries.

Catalan president Pere Aragonès travelled to the area on Thursday to monitor the work of emergency services. He said that his government is studying whether to declare it a catastrophe zone, which would improve the financial aid the affected towns will receive.

In the province of Castellón in Valencia, firefighters were called out to rescue drivers from vehicles on the N-238 road between Vinaròs and Ulldecona.

In the central region of Castilla-La Mancha, rain flooded the TO-23 road near Toledo’s General Hospital, damaging numerous vehicles, according to Spain’s DGT traffic authority. In Guadamur, near Toledo, flash floods also dragged away cars, leaving the streets covered with mud, uprooted trees and other debris.

Scientists have stated that torrential rain is becoming increasingly common in Spain due to global warming and climate change.